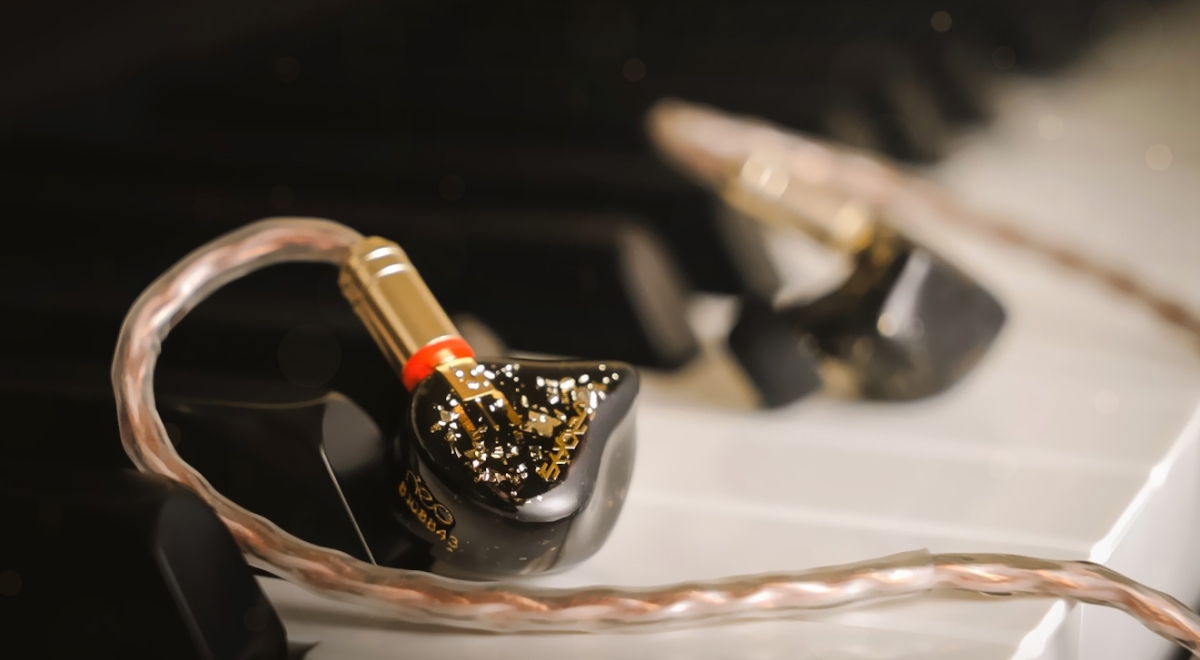 Shozy’s first IEM, the Zero really shocked a lot of people as one of the first wave of Chi-Fi IEMs with a reasonable price tag that punched well above its weight. Three years later and Chi-Fi has taken leaps and bounds with seemingly dozens of new models hitting the market each month and every one of them claiming high performance at a low price. In such a market we must redefine our perception of performance or risk stagnation. The BG seeks to differentiate, featuring an opulent gold flecked housing, deluxe internally braided MMCX cable and a 5-BA driver setup with special mention to a custom hand-made dual tweeter system that promises extended treble. You can read more about the BG here.

During my musings with Shozy, they’re often quick to mention dynamics, expected given their exclusive adoption of large diameter dynamic drivers in the past. However, recently we’ve seen the company increasingly adopt entirely balanced armature setups yet they persist that dynamics remain a core focus. In listening, the BG showcases this. 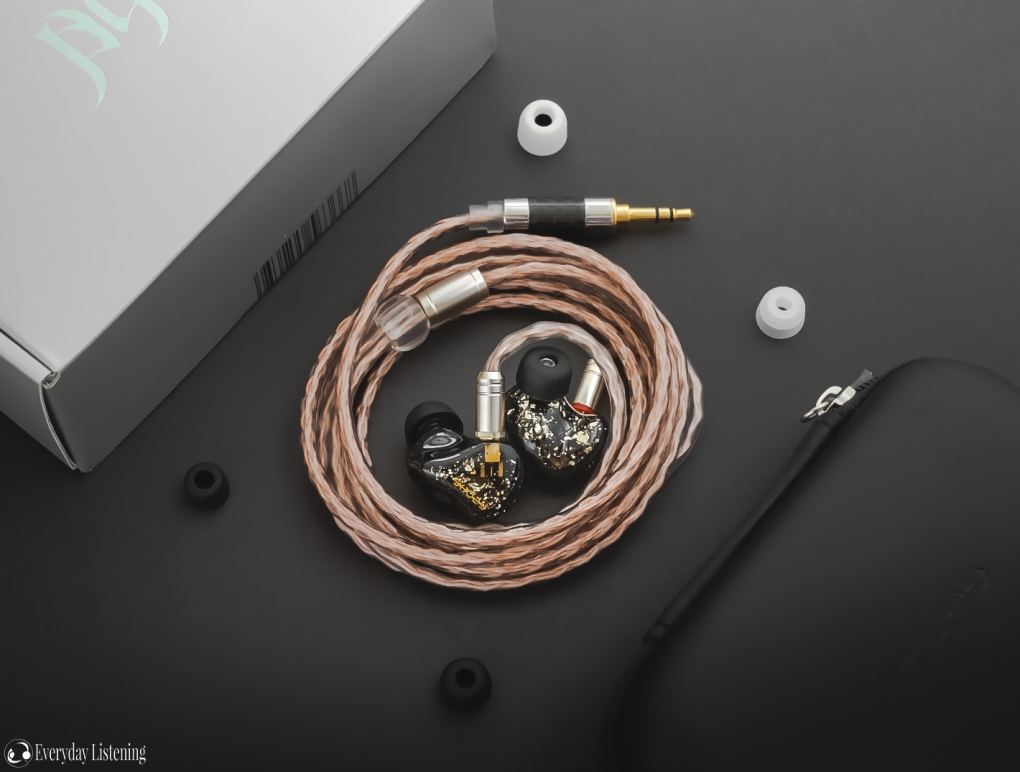 Off the bat, channel matching is terrific indicating stringent QC. In terms of signature, it is modestly balanced with a mild tilt towards the higher frequencies and a main focus on vocals. Its low-end is characteristic Shozy, though it is least present, it is lightly warm, very punchy and well-separated on account of its slightly leaner sub-bass. Nonetheless, as extension is really impressive for a BA earphone, the BG delivers solid slam at the very bottom without bass stealing focus. Bass is also a touch warm due to slight mid-bass emphasis and slightly slower decay than is typical for a midrange BA earphone. Combined with its extension, the BG delivers a dynamic and pleasantly euphonic low-end with smoothly textured notes that still retains plenty of definition and separation on behalf of its restrained quantity.

Upper-bass feeds smoothly into a neutral lower-midrange before a climb to two midrange peaks at 2 and 3.5KHz that bring vocals to the fore both male and female. The BG isn’t even within its midrange with a dip between its peaks and a main trough at 4KHz. In subjective listening, this manifests as a vocal forward presentation with great clarity set to a cool tone and somewhat hollow notes. The BG isn’t especially realistic in timbre which is a departure from the usual warmer, more natural character carried by past Shozy models. Nonetheless, that 4KHz dip prevents over-articulation or raspiness and, as such, vocals assume a light, delicate character over a metallic, artificial or sharp one.

Treble is defined by dual peaks at 6 and, to a lesser extent, 8KHz producing a crisp foreground with concise note attack and enhanced air. The BG is well detailed with a brighter character, forgoing absolute cleanliness in favour of atmosphere and pristine treble note clarity. As the peaks aren’t isolated, treble sounds fairly well-controlled and isn’t splashy. Still, with silicone tips, these peaks can fatigue though the included foam tips offer just enough attenuation to smooth treble without sounding dull or closed off. Most impressive is the BG’s treble extension, with fairly linear extension into the upper-treble. A small peak in the highest registers adds a hint of sparkle and air while drawing attention to this trait. This aids a wide soundstage and general resolution is surprising, especially for the asking price. 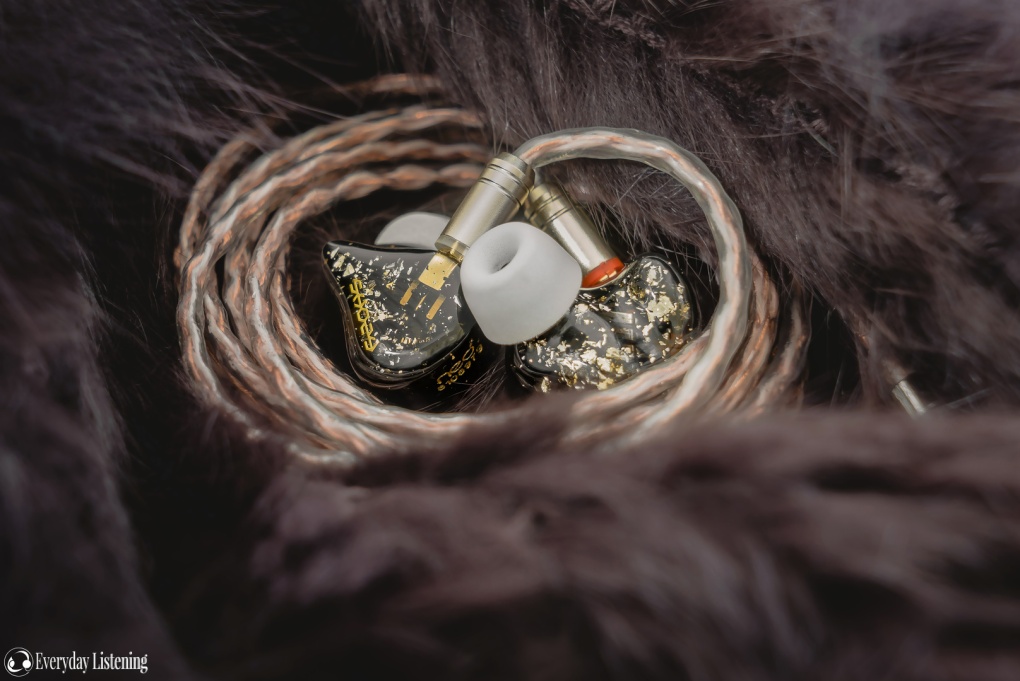 The BG makes a convincing case for itself through its undoubtedly gorgeous styling and strong end to end extension. However, it’s in-between where the earphone falters, strongly biasing vocals over instruments through a presentation that’s a touch sterile on behalf of its cool tone. Meanwhile, treble looks a little scary on graph but actually sounds quite modest in person. Detail presence is ample and retrieval punches above its price. The BG doesn’t have the most layered presentation but it is expansive with heaps of atmosphere and sharp directional cues. The BG is one of the more unorthodox earphones I’ve tested lately and I will definitely have to tinker more with sources, tips and eQ to quantify the exact role of each tuning decision in the overall presentation. As is, the BG remains a pleasing earphone for vocal lovers and those wanting a combination of a natural, dynamic low-end with an extended top-end.

Stay tuned for my full review!