With an overwhelming response to my CP100 article, I decided to write up some impressions of the Spinfit CP800`s that were released a while back; essentially they are just a small bore variant of the model that came before (and using a very antithetical naming scheme). However, while they may sound similar in name and concept, there are many key differences between the two models that one might want to consider and my subjective experiences with the tips further support this. 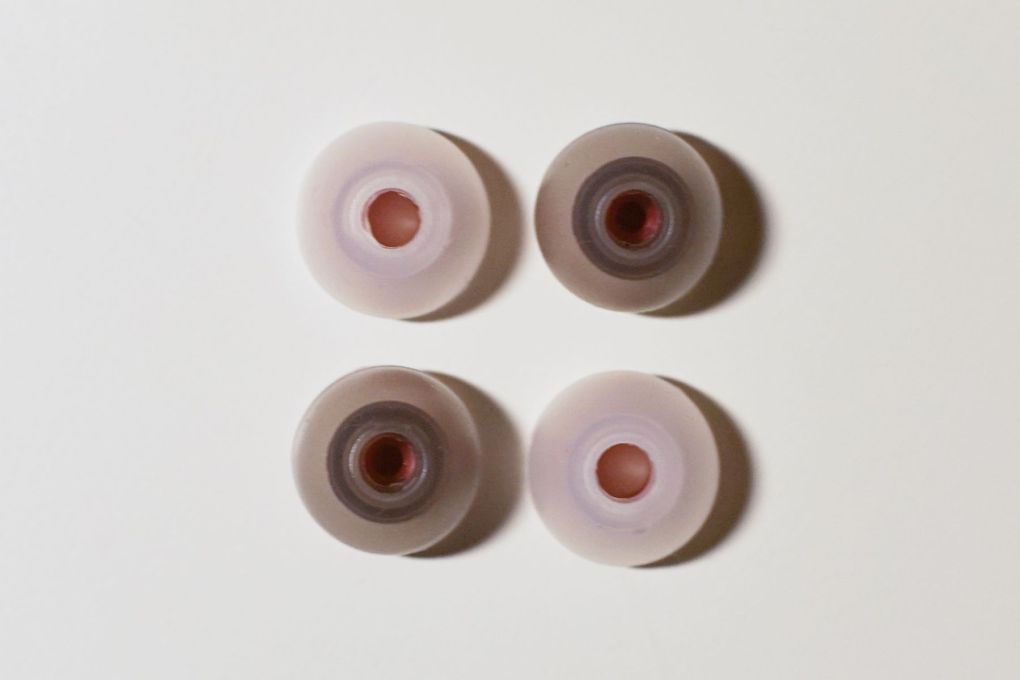 As with the original CP100, I’ve found Penonaudio to provide the cheapest price for international buyers at $5.50 USD a pair. While Penon’s price may still sound expensive relative to other tips, $5 is little to pay for an accessory that may define the difference between a good fit and an unusable one. In addition, being made from silicone, they are likely to vastly outlast any foam tip and I’ve found these speciality eartips to be a solid investment.

First off, I`ll be testing the CP800 Spinfit eartips with my Westone UM 50 Pro`s and Fischer Audio DBA-02 mkII, both thin nozzled, over-ear earphones. Instantly, I found the CP800 Spinfits to be a great match for the UM 50 Pro`s. When compared to the stock grey tips, the CP800`s impressed with increased balance throughout the entire sound spectrum. Sub-bass increased while mid and upper bass decreased slightly, sounding tighter in the process. Perhaps most importantly, the CP800’s brought the midrange forward, granting vocals with more presence. The UM 50 Pro`s have more clarity and detail when used with the Spinfits, I’m a particularly a large fan of the sound changes within the lower midrange which became considerably cleaner, my main gripe with the stock UM 50 Pro. Perhaps due to a better seal or fit, I also noticed more volume, similar to using the CP100`s on my Senheisser ie800`s. Treble has a little more presence, but the difference was not as large as with the midrange and bass in my testing. My experiences were similar with the DBA-02 mkII, but due to the vastly leaner tuning of those earphones (bearing the typical TWFK sound), my impressions were less positive. The DBA-02 mkII is quite a neutral, clear sounding earphone from factory but when equipped with the CP800’s, the earphones became a little too mid/treble forward and the midrange lost coherence. This is quite a strange outcome because the CP100`s had a predominately bass and treble impact on my ie800`s, the CP800`s affect mostly the bass and midrange. That being said, my sound impressions of the CP800`s are more positive on a whole, only those with leaner iems may find the CP800`s to sound too thin.

Unfortunately, my experiences with the fit haven`t been so flawless. The fitment is not bad, it`s just a lot different compared to other tips and the feel in the ear is dissimilar as well. They have a more rounded shape than the CP100`s, well suited towards the deeper fitment of small bore earphones, however, the material is just as soft as the 100`s.

The fit also changes due to the change in material; instead of jamming them in my ear like the firmer star tips and CP100’s, I just let them sit in my ears. This results in a shallower fit and also markedly less isolation, they don’t feel as solid as most stock tips though the CP800’s consistently produced increased low-end impact over stock tips. Comfort is without a doubt better than the stock tips as well. I actually found them more comfortable than the Shure olive tips and Comply TS-100`s as well, especially when listening for prolonged periods of time. Unfortunately, with the UM 50 Pro’s, the tips did tend to collapse in on themselves, losing seal unless the earphones were placed at just the right angle. I do think that the collapsing issue is a big fallback of the Spinfit`s design, it makes them impossible to use for any kind of activity and earphones with already angled stems are particularly susceptible. Several other users have reported similar issues with their Spinfits, it would be great if a newer revision could be released with thicker silicone walls to add more structural integrity. 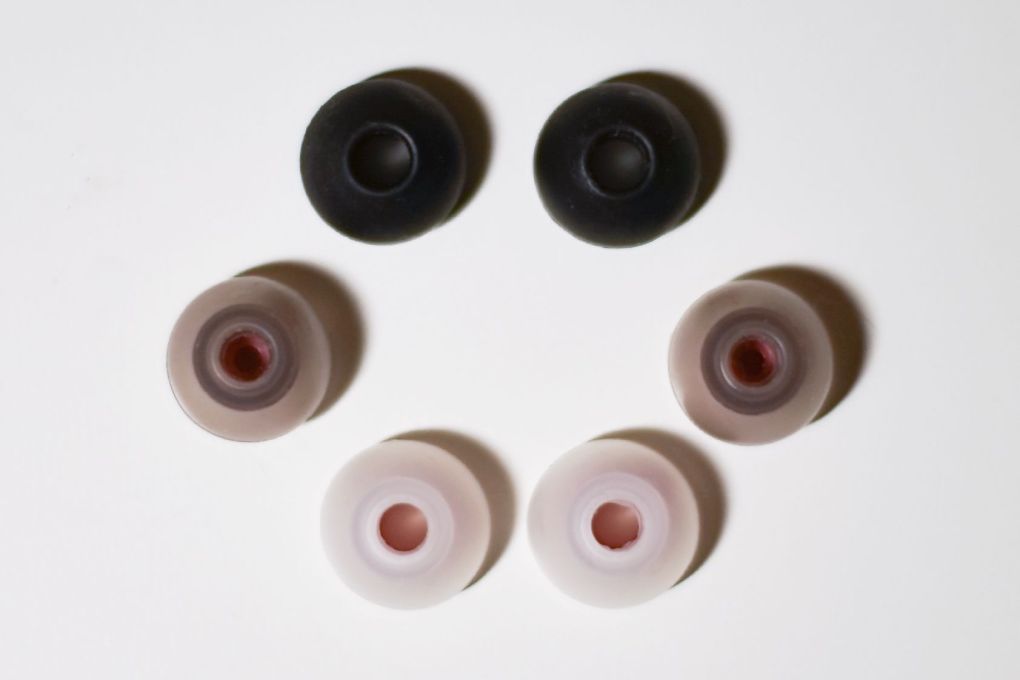 That being said, the CP800’s were fine on the straight nozzled DBA-02 mkII and provided a huge increase in both seal, fit depth and comfort over the stock setup. So ironically, at least in my experiences, the CP800’s greatly augment awkwardly fitting earphones but falter with already well-fitting ones such as the Westones. 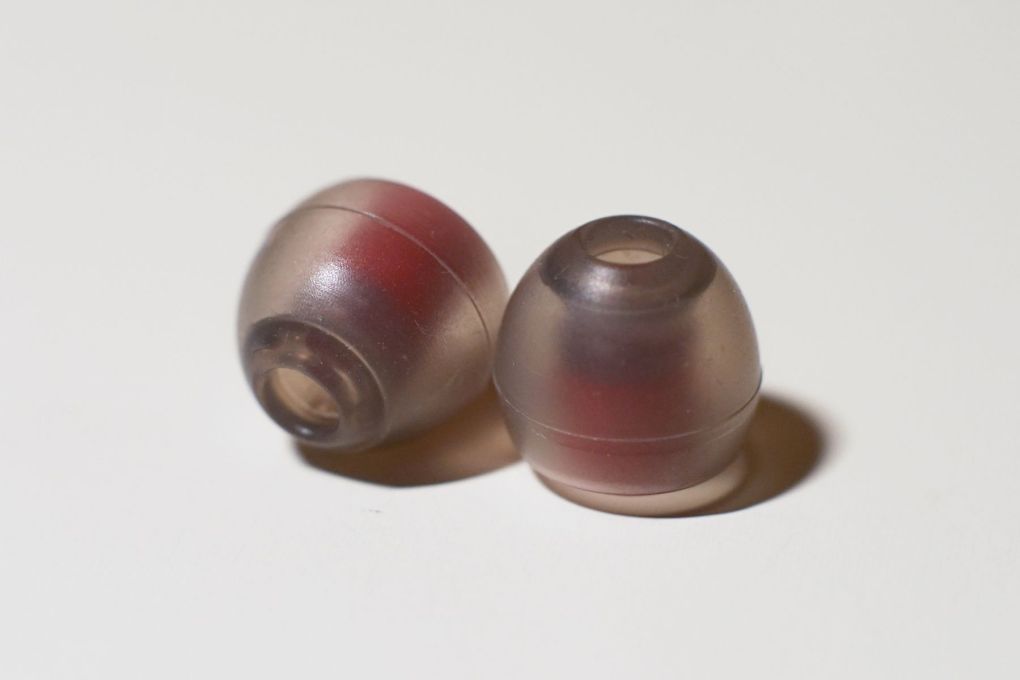 While the CP800’s may not be as versatile and universally flawless in fit as the older CP100’s, they still provide similar improvements in seal and comfort. In addition, the CP800’s produce improved acoustics, they lack the unnatural midrange of the CP100’s and go a long way towards improved clarity and sub-bass extension, especially in BA earphones. At $5.50 a pair, they aren’t the cheapest accessory, but if you find yourself struggling to find a consistent seal on your earphones or perhaps want a little extra clarity and extension, the CP800 is worth a try.