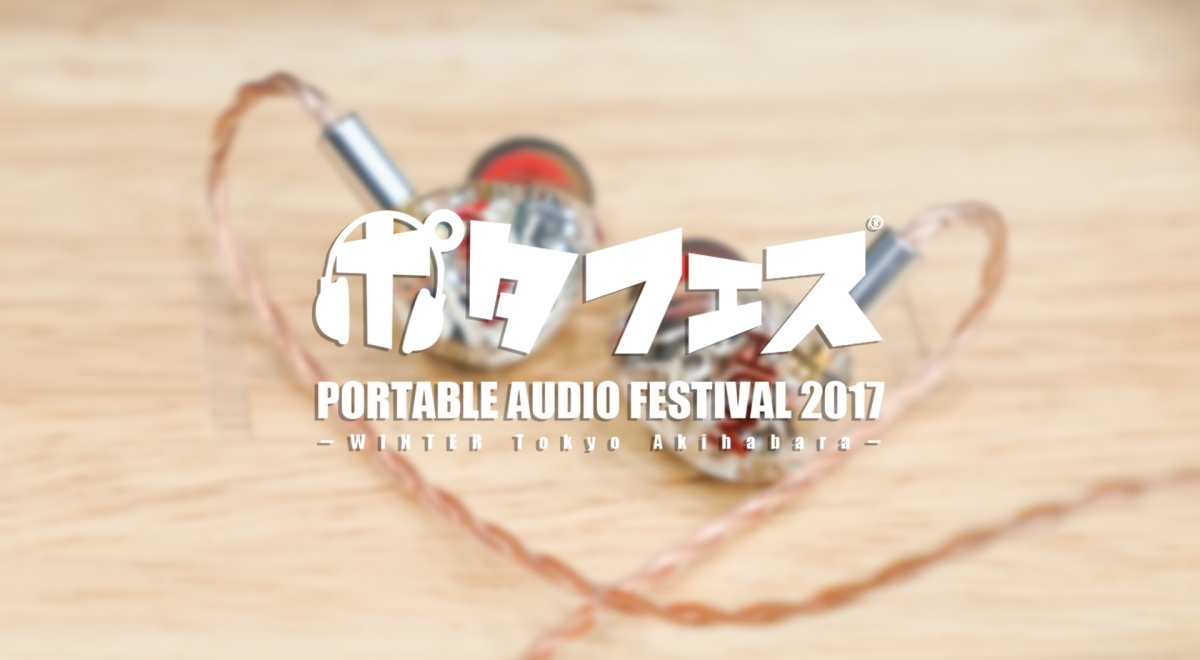 I was recently fortunate enough to participate in the 2017 Portable Audio festival in Akihabara. Though my time was limited, I did manage to try a heap of new and interesting earphones and filter down the best to feature in a quick impression post.

The show itself presented a nice variety of entertainment in addition to basic listening stations and a few small stores.

The outer display was limited mainly to the larger brands with larger marketing budgets such as Skull Candy, Marshal and Astell & Kern. 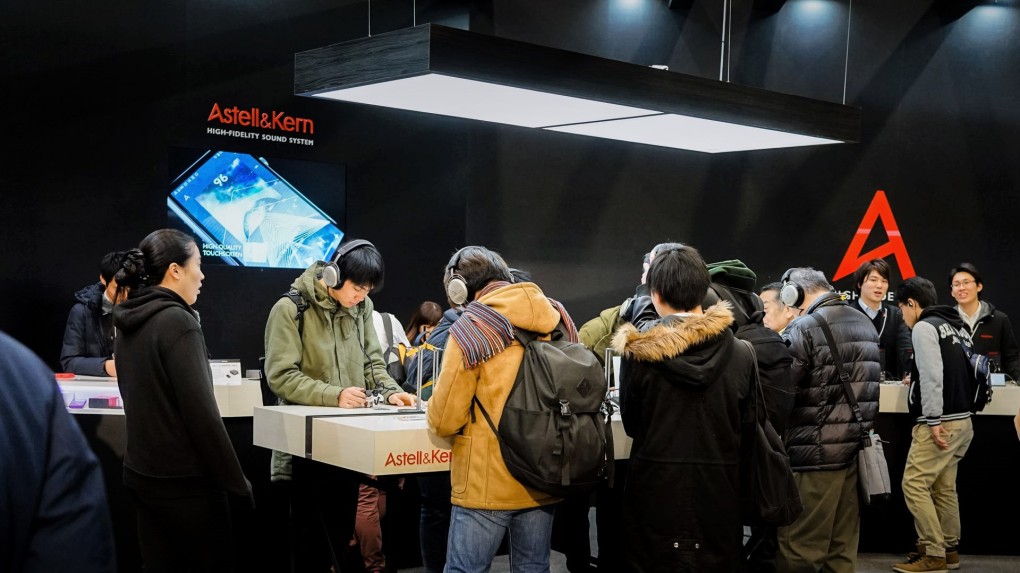 As an audio enthusiast from Australia, it was great to see so much engagement at the show, not just from locals but reviewers and hobbyists from around the world. 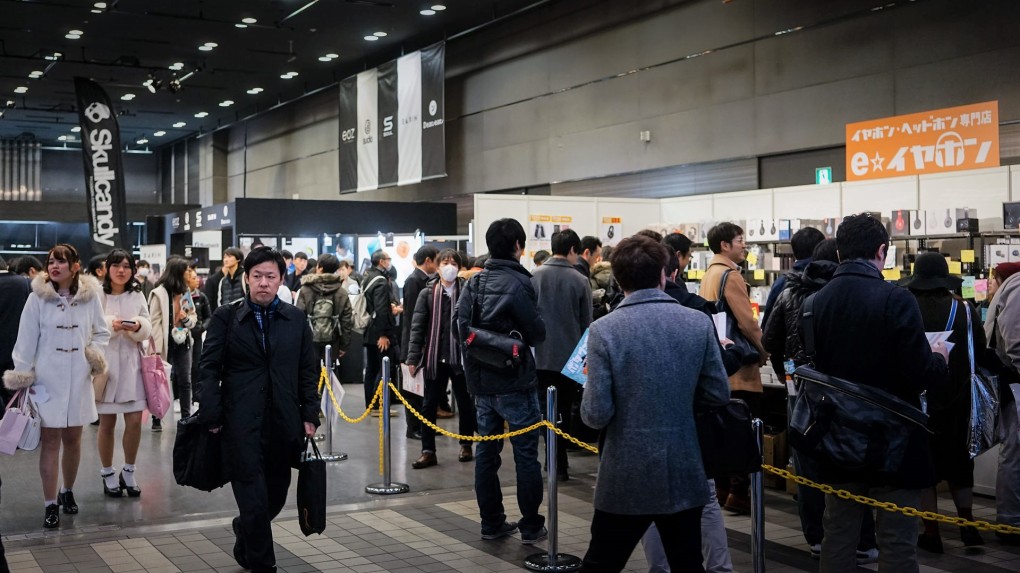 However, the inside of the venue housed all the fun; the bustling crowds charging the air with curious energy as newcomers and veterans lay their wares out for demo.

Of course, the usual players such as Sennheiser were receiving huge attention with their new ie80S and ie800S though impressions for those models are hardly difficult to come by.

As such, I pursued the more boutique brands, those that never see recommendation outside of Japan’s domestic market and others that have yet to make an entrance into English discussion. 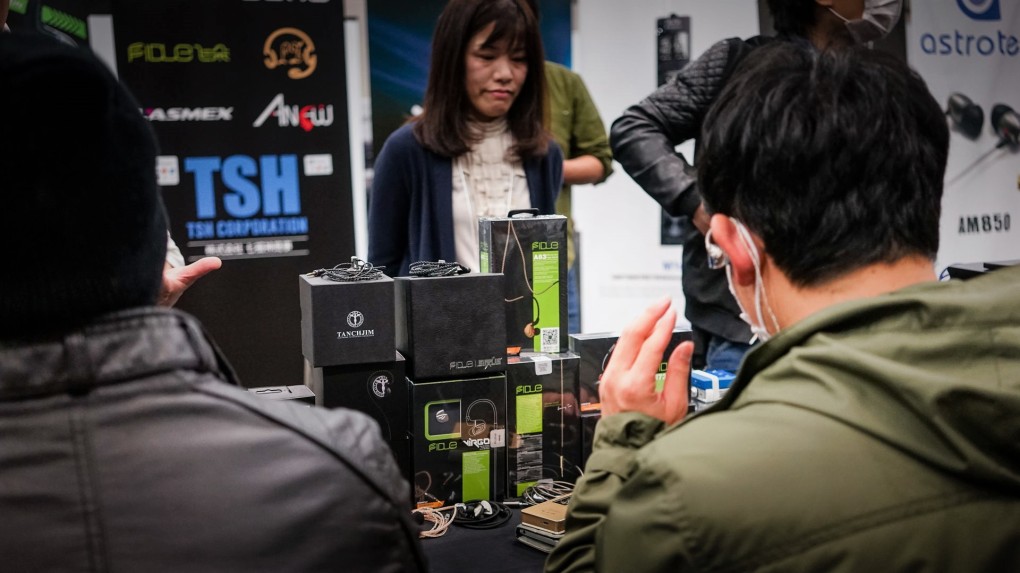 I only had a very brief time with the following models and the louder ambient noise hardly made for an ideal critical listening environment, so please take all impressions with a grain of salt! 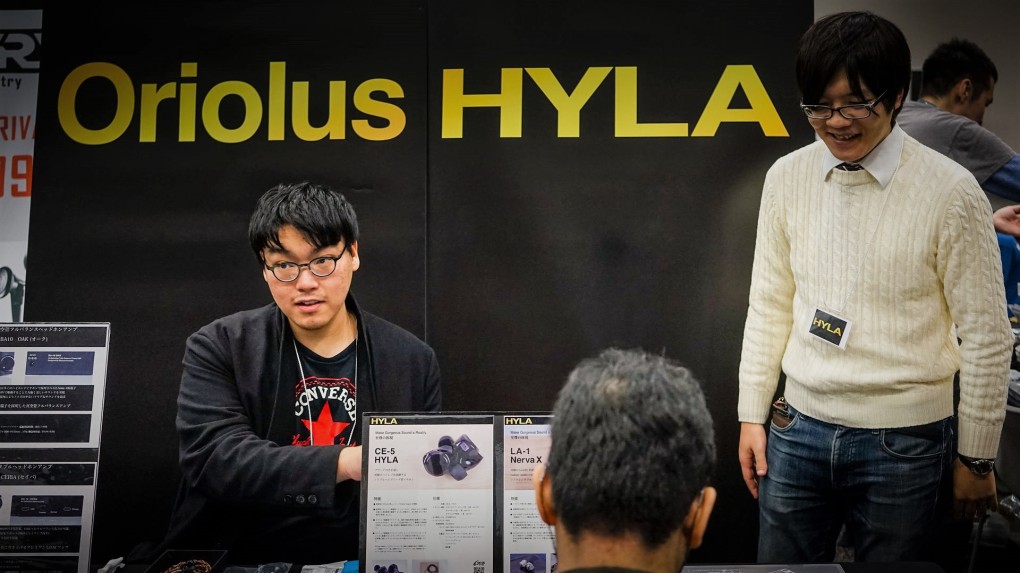 Many have expressed interest about Oriolus but I thought it would be more appropriate to introduce an intriguing newcomer. I recently had an opportunity to sit down with Mr. Yu who masterminded Oriolus. He introduced a new direction he’s taking with his designs under a new alias, Hyla (Hira in Japan) which will be joining Oriolus and PW Audio under his supervision. Using his experiences at Oriolus, Yu hopes to further refine his designs with Hyla, which comes off as more experimental and potentially geared more towards an international audience whatever that may entail. At present, Hyla offer two models, the CE-5, which is quite reminiscent of the Oriolus MKII but revised based on feedback for that model, in addition to a higher-end model dubbed the Nerva X or LA-1 based upon the Mellianus.

The CE-5 is the more experimental of the two as its quad-driver setup comprises not only of a hybrid single dynamic + dual BA but an additional piezoelectric tweeter. Other changes include a longer nozzle and retuned sound though it carries a similar RRP to the MKII, hovering around $1k USD. Of note, my tester unit lacked a PW cable instead implementing a more standard CIEM-style unit (Pictured Horus not included!).

– Mids are slightly bright and sit slightly behind in the mix, naturally voiced

– Large stage with a darker background 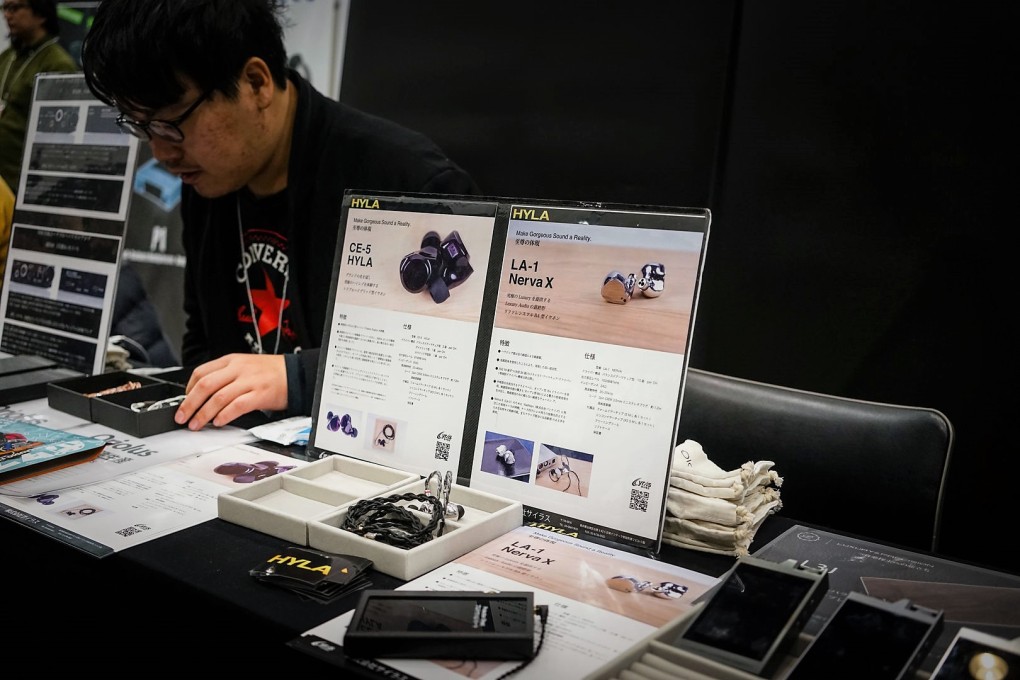 Using the Mellianus as a foundation, the Nerva employs a similar 10BA driver setup and the same design, but Yu has implemented sterling silver housings as opposed to plastic and the internal chambers have been redesigned. The unit I tested was also attached to a new copper PW cable that exceeded $2300 IEM in price. Unfortunately, I can’t comment on either the Mellianus or the stock Nerva X, but it does look like this model brings some very welcome improvements for the same asking price.

– Immediately more balanced than the CE-5

– On the darker, smoother side with a U to gentle L-shaped sound

– Bass is full yet tight, physical yet defined

– Very articulate and quite fast 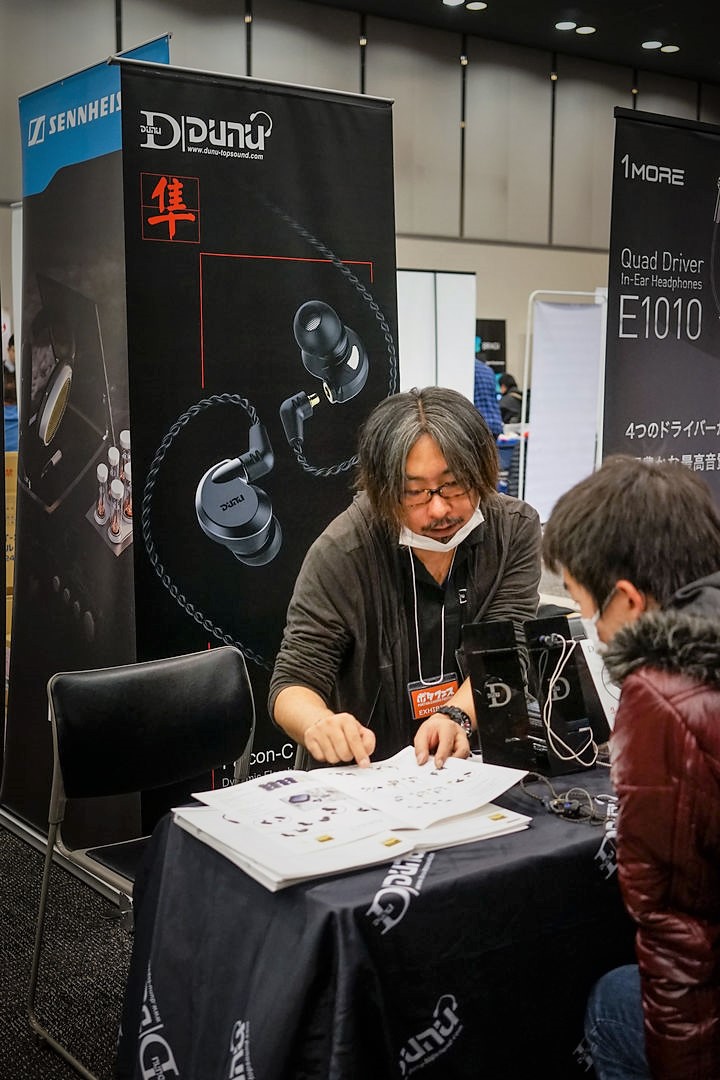 The new Falcon C has been teased for quite a while, appearing at various other shows throughout 2017. It’s quite an important model for Dunu, representing their flagship dynamic driver in-ear. It also features a new design, a diaphragm constructed from ultra-rigid carbon nanotubes and liquid metal housings not unlike the dynamic Campfire in-ears. In addition, Dunu include a 6N OCC SPC cable with custom enlarged MMCX connectors that still retain compatibility with standard cables.

The first thing I noted was the hugely improved ergonomics over past Dunu in-ears, especially the DK-3001. The Falcon-C has a smooth, curved housing that slots nicely into the ear, they also isolate better than previous models. And most importantly, they produced a pleasing sound to my ear; one that was obviously sculpted towards the engaging side, but also a sound that provided technical ability beyond what it’s $219 USD would suggest.

Accoustune have always caught my eye, their earphones have terrific designs that are both unique and well-formed. So it was a delight to finally test their in-ears in person and they are certainly just as impressive to handle as they appear online. The HS15x1 earphones are definitely their most distinct. Both are single dynamics with the same ultra-thin Myrinx membrane. The housings are modular, separating the mechanical enclosure and acoustic chamber to reduce interference and enhance reparability. The chamber has also been outfit with a profile metal rod/damper rod to reduce resonance.

The fit was what surprised me most, they are so unorthodox in their styling but their fit is quite typical. They were far from the most comfortable, isolating or stable in-ear I tested during the show but they aren’t nearly as sharp as they look. They also produced a very interesting sound that isn’t really geared towards realism, I suppose it is a trend we have come to expect from Japanese IEMs. The HS1551 CU notably combines heaps of bass body with supreme air up top. As a result, they aren’t transparent or natural, but they are different and made for a very interesting listen.

– Strong mid-bass, quite a lot of bloom but heaps of impact

– Stage is not especially wide but with nice imaging and separation 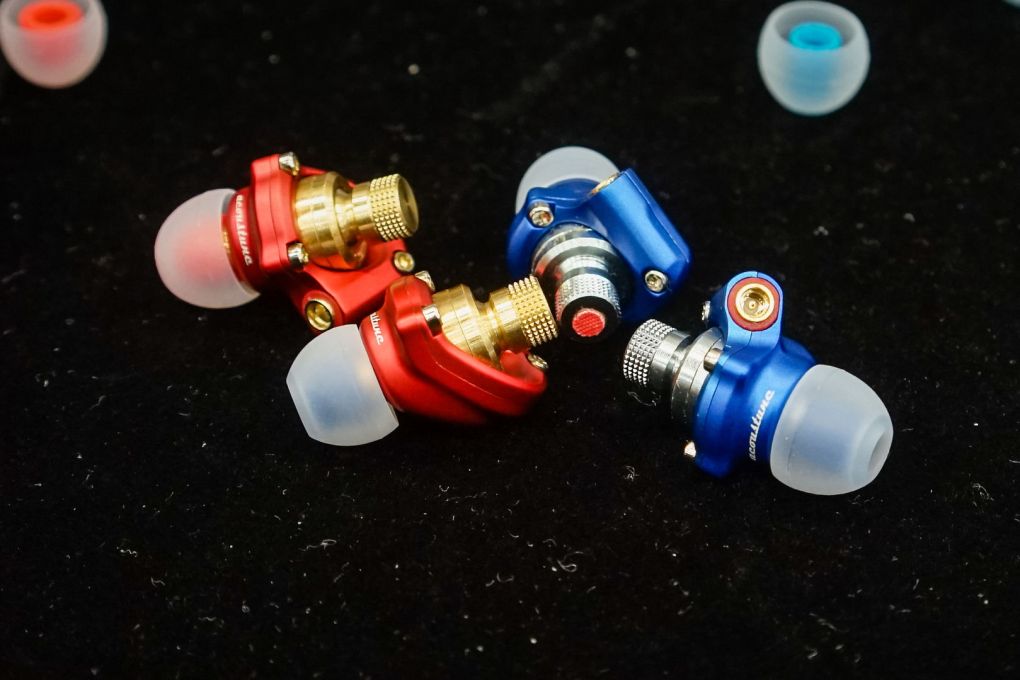 The HS1501 AL employs the same driver as the aforementioned model but trades its brass acoustic chambers for an aluminium enclosure. As a result, the earphone sounds a little different; a little thinner and less expansive but also less bloated down low.

– Thinner mids as a result but immensely clear and separated

– Similarly airy up top, not natural but clear and crisp, well extended

Many are familiar with 64Audio but they haven’t had a notable release in a while. The Tia Trio is one of two new models, it employs a triple hybrid driver setup with one of 64Audio’s renowned TIA drivers handling high-frequencies. The Trio also employs an internal M15 APEX module and the rear vented dynamic has its own chamber within the housing. 64Audio have focused heavily on venting and the minimisation of resonances, and it really shows in the end product.

Of note, the Tio utilises a similar design to the Forte over the plastic U-series in-ears and is only available as a universal. The sound is very intriguing with some outstanding qualities offset by a strangely diffuse but immensely spacious stage. They don’t lack coherence per say, but notes weren’t delivered with the sharpness I expected. Of course, these are merely first impressions so the following comments are hardly absolutes. 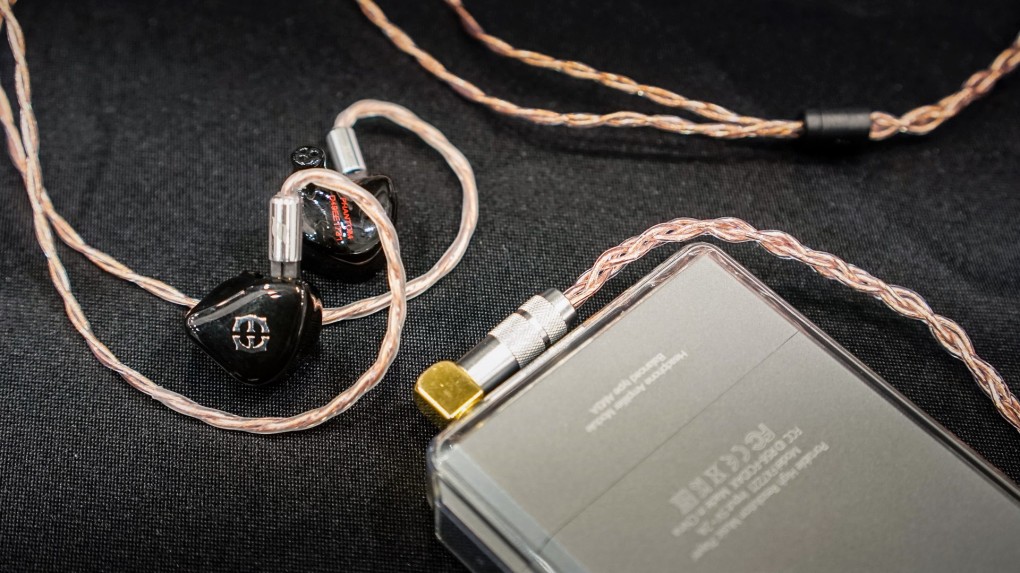 I also haven’t had a chance to try anything from Empire Ears as they have no distributor in Australia but I probably spent more time at their booth than any other at Portafes. The Legend X was quite a standout for me, even coming directly from the new Tia Trio. The housings were also notably comfortable and well-isolating. However, the sound really stole the show. Again, these aren’t a reference earphone, but a very nicely executed V.

– Nicely articulate but a little mid-bassy for my tastes

– Treble is tastefully on the energetic, aggressive side to my ears

That said, it’s the Phantom that people should be getting VERY excited for! This was my favourite earphone from the show and probably the most impressive earphone I’ve ever heard in terms of timbre; though I would need more time to comment so concretely on other aspects. The design is identical to the Legend making the Phantom incredibly comfortable. Their sound was just terrific, incredibly balanced and especially linear, I hope more get a chance to give the Phantom a listen in future.

– Bass extension isn’t quite an oddity like the Nerva but lows are tight, neutrally bodied and articulate

– Bass also isn’t enhanced, sounded fairly neutral to me, could be slightly warm in a quieter environment

– Mids are exceptional, very realistic and transparent, high resolution but not artificially clear

– Treble is also strong in performance, linear and extended with nice decay and excellent resolution into the highest registers

I’ve been a customer at Effect Audio since the company’s inception and the Horus represents the next step in their product design and proficiency. I’m sure many have heard about it already, but this was my first experience with the cable. And it is certainly a good one, as it should be for the price.

– Tried Leonidas first, despite seeming similar in material, the Horus is a different creature entirely

– To my ear, it was on the brighter side but also tight and coherent 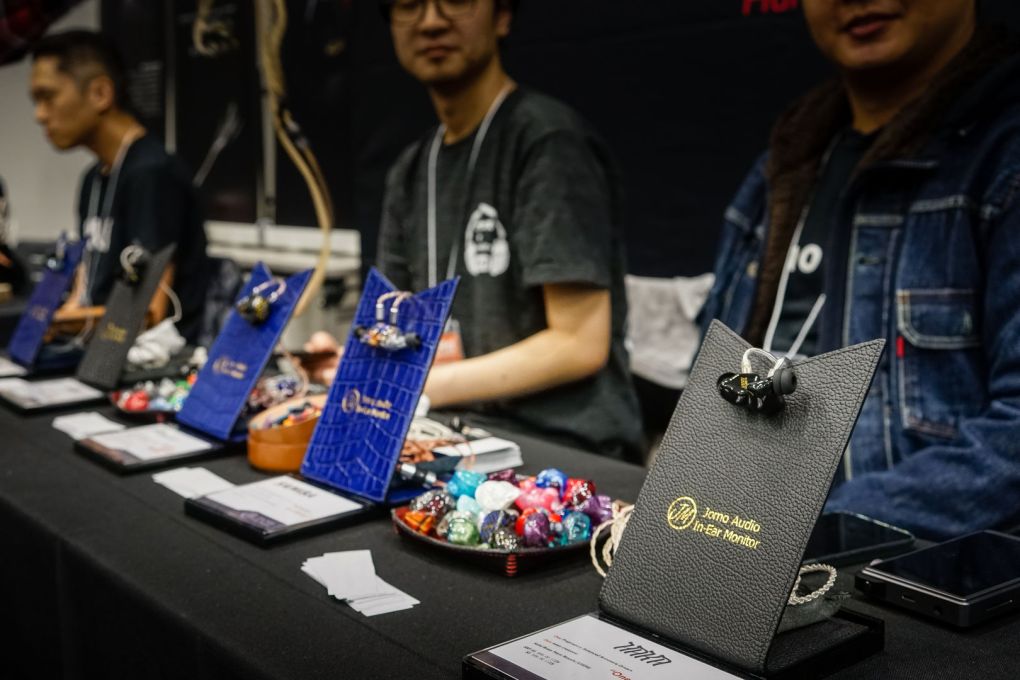 Jomo are another intriguing company that I’ve never been able to experience. In my eyes, their carbon fibre in-ears are some of the most visually striking on the market, a work of art. However, this time, the focus was on their new Haka, a midrange earphone featuring a single balanced armature custom built for Jomo. The Haka sports 3D printed housings with a brass horn/nozzle that also serves to heighten visual impact. This is another tremendous earphone to look at and it’s sound is surprisingly comprehensive considering it’s single driver setup.

– Treble has some nice air and sparkle, thins out within the highest registers

– Mid-range is laid back and more intimate, full and warm, not especially transparent 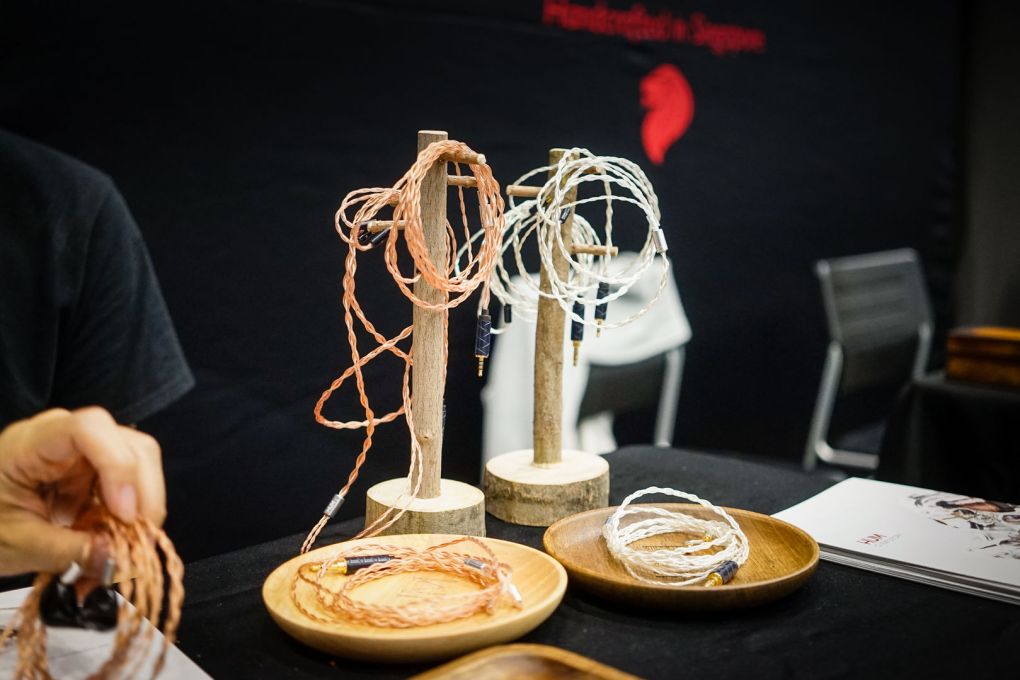 HUM have one of the most unique perspectives on in-ear acoustic design, focussing on quality over quantity with their flagship dual driver in-ear, the Dolores. They reason that in-ears and speakers should be treated similarly with reference monitors achieving great coherence and superior imaging through a simpler dual driver setup; and also that more drivers are not always better where accuracy is concerned. HUM also focus on the cross-over circuitry in an attempt to balance performance with miniaturisation. They managed to cram a full-sized capacitor into each housing that is said to mimic the function of a speaker crossover circuit over a conventional multi-driver in-ear. Of note, though marketed as a dual driver, the bass driver is a double driver so it’s technically a triple driver earphone. 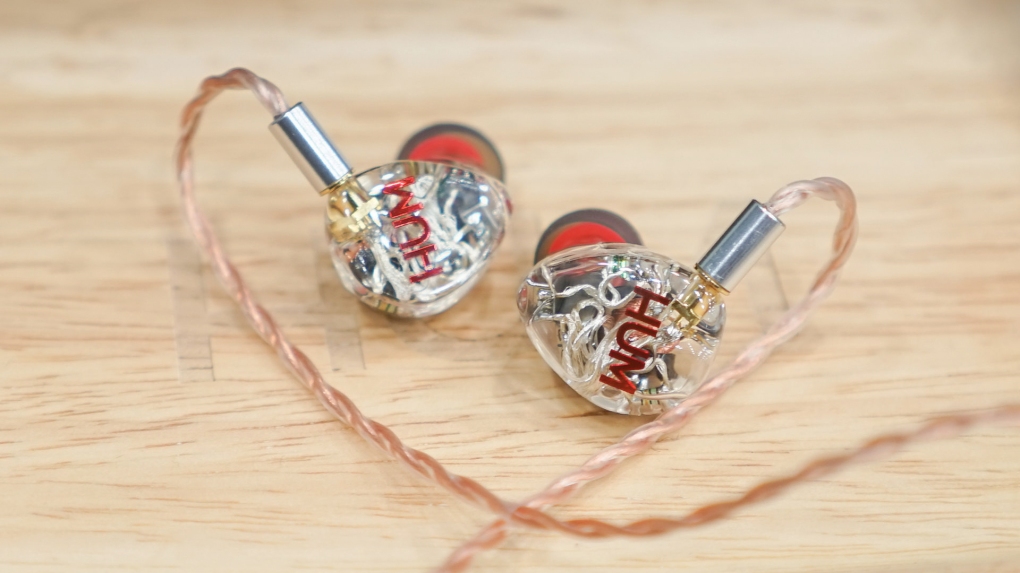 In addition, the model I demoed was a pre-production unit with no no filter on treble driver. As such, it does not represent the final product in any way. Still, though the signature was skewed very bright, the underlying qualities were definitely there.

– Even as is, still a nice sounding earphone

– Bright sound, mid and high-forward though future revisions will be more balanced

– Bass is super tight and quick

– Clear but bodied mids, will only become more natural when highs are toned down

– Treble is super airy but has nice decay and texture 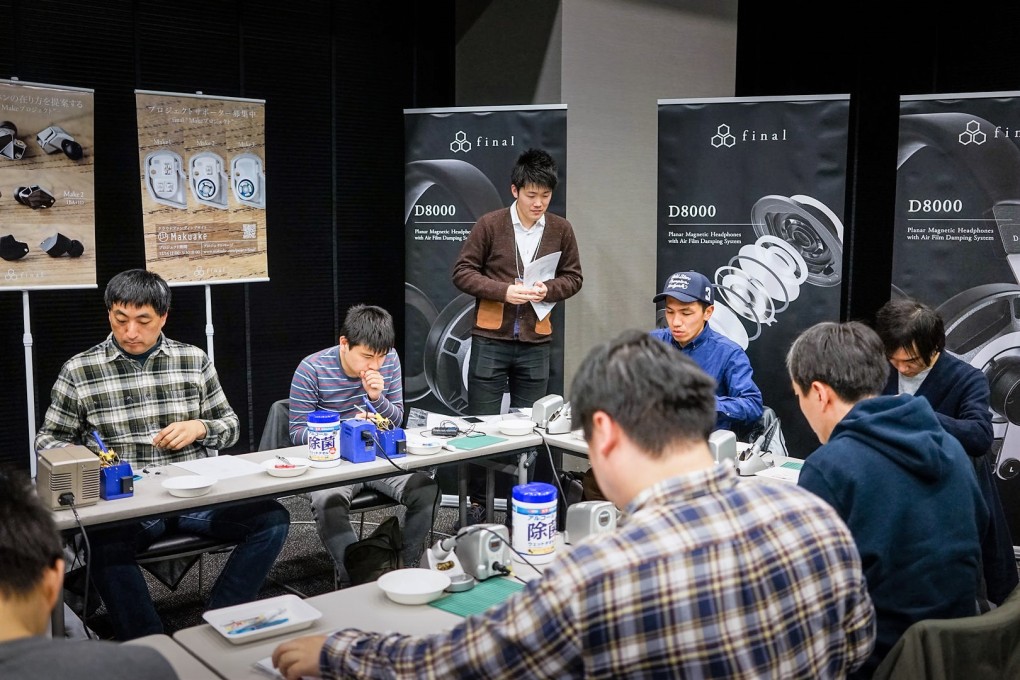 Final Audio just released a new in-ear that can be tuned by an engineer to the buyer’s specific taste, similar to Sony’s Just-Ear customs. Unfortunately, I did not have a opportunity to test them out myself, but this might be a model to watch.

A huge thank you to everyone at the show for their support! Portafes was a great experience filled with some new and familiar faces. I hope more get an opportunity to experience these models at future shows and I would be very curious to see how they change as they approach their final revisions. Thanks for reading!