Interfaces with every type of connector, Well constructed, Resolving sound

While some debate the sonic benefits of cables, others are firm believers in their effects, something that I will confirm from my subjective experiences. They also possess the ability to enhance ergonomics and, in some cases, can transform the fit of an awkward in-ear. However, few cables can boast the utility and value of MEE audio’s latest offering. Building upon the silver plated unit included with their venerable Pinnacle P1, their newly released upgrade cable features greater conductivity, improved sheathing and reinforced terminations.

But perhaps its most notable feature includes the 4 interchangeable connectors that enable the cable to be used with essentially every output on the market (2.5/3.5mm balanced, 3.5mm TRS and 4.4mm balanced). All of this comes within a sleek and sturdy form at a premium but deserved $100 USD asking price. It’s good to see MEE audio branching out more into accessories, it’s always been a strong point of their IEMs, and better yet that their first dedicated upgrade component carries some innovative ideas. You can read more about the cable here and purchase it here.

I would like to thank Mike from MEE audio very much for his quick communication and for providing me with the SPC cable for the purpose of review. All words are my own and there is no monetary incentive for a positive review. Despite receiving the cable free of cost, I will attempt to be as objective as possible in my evaluation.

MEE audio include nice packaging with a transparent window showcasing the adapters and cable inside. Sliding out the plastic try reveals the cable itself terminated with a 2.5mm balanced connector.

However, the highlight is undoubtedly the included adapters; MEE audio provide a 3.5mm TRS adapter, 3.5mm TRRS balanced adapter in addition to a 4.4mm balanced adapter for Sony DAPs. Resultantly, MEE audio offer a cable that can comfortably be used with a variety of sources.

The cable is almost identical to the silver plated unit included with the Pinnacle P1, but it’s head and shoulders above the tacky unit that comes with the P2. This isn’t at all a negative, as the P1’s SPC cable is sturdy, pliable and completely functional. MEE audio’s new cable compounds upon this with improved strain relief on the MMCX connectors and a new 2.5mm balanced connector with a solid aluminium enclosure.

The wire itself is fairly similar, MEE audio claim improvements to purity and conductivity on the inside and reformulated sheathing on the outside, but it feels almost identical in the hand. It has the same smooth but slightly plasticky insulation as the P1’s cable and a similar quad braid/twist complexion. The MMCX plugs themselves are also identical with raised arrows offering some tactility and moulded orientation on either side.

I have no real complaints with the usability of the cable, it’s fairly supple and doesn’t heighten microphonic noise. The cable easily coils for storage and has little memory when unwound for use. The MMCX connectors were clicky and reliable during testing, unlike the stock P2 cable, and I didn’t notice any hardening of the insulation either.

The most significant change is achieved through functionality, with the 3 newly included adapters offering enhanced connectivity. In use, they work nicely, even if they don’t present quite as well as Dita’s cable. The standard termination is case friendly as are the adapters, they also convert it to a 90-degree plug for more practical pocket use.

With the adapters attached, the plug does become quite bulky, however, as it’s an elbowed connector, it doesn’t protrude excessively from the attached player. The adapters themselves are also of pleasing quality, with gold-plated terminals providing reliable, noise-free audio. They share the brushed finish of the standard 2.5mm plug but use a different coloured aluminium.

MEE audio’s silver plated cable carries a slightly brighter sound. However, as it also extends treble and improves overall linearity, the cable provides a notable increase in resolving power without introducing fatigue, sibilance or bringing highs overly forward. The result is a sound that is smoother and more refined while simultaneously retrieving greater detail. I thought it would be most appropriate to provide comments relative to the Pinnacle P2’s stock copper cable. Testing was done through my iBasso DX200 with AMP5 module. Its very low output impedance combined with the P2’s lower impedance (relative to the P1) should accurately highlight the qualities of the cable itself.

The SPC cable doesn’t bring vocals forward, but it does provide a little more body and smoothness. In addition to increases in bass control, male vocals sounded more natural and instruments more realistic. Upper mids were brought slightly forward but, as treble linearity was improved, assumed a smoother presentation than before. The cable’s increased resolution and body greatly aided layering and detail retrieval.

It was within the higher frequencies that the SPC cable provided the most notable advantages. In particular, the cable offered noticeably increased extension and control, providing higher resolution and a more natural sense of detail. This was especially pertinent to the P2 whose lower-treble is quite peaky. With the SPC cable, the P2 was still aggressive, but it was granted slightly greater linearity by smoothing that peak and slightly lifting the middle treble. Through this, the earphones had greater shimmer and more natural decay to instruments such as cymbals. The SPC cable also granted greater air which aided the P2’s soundstage and detail presentation, no longer sounding truncated.

These smaller effects culminated to form a notably more immersive presentation overall. The P2’s soundstage expanded due to increased treble air and extension and imaging was improved due to the cable’s smoother, more neutrally bodied sound. I also found separation to improve, most notably within the higher frequencies as they were more linear, but the cable’s more controlled bass also aided their low-end.

Through a balanced connection (volume matched with an SPL meter), the P2 with SPC cable sounded a little better. Perhaps this can be attributed to the properties of the included 2.5mm to 3.5mm adapter but regardless, I did hear differences between the two outputs on my Fiio X7 II. Bass was more controlled through balanced, with a little extra speed contributing to more defined, textured notes. Mids were smoother, and vocals occupying the outer layers of the P2’s stage were better resolved. Highs sounded similar with perhaps a hair of additional detail through the balanced connection. I felt the balanced output provided a more organised sound, but given that both of the X7 II’s outputs have very similar specification, I persist that it could be due to the impact of the actual adapter or increased power delivery. Still, as some sources do have a superior balanced output, the flexibility afforded by MEE audio’s cable is much appreciated. 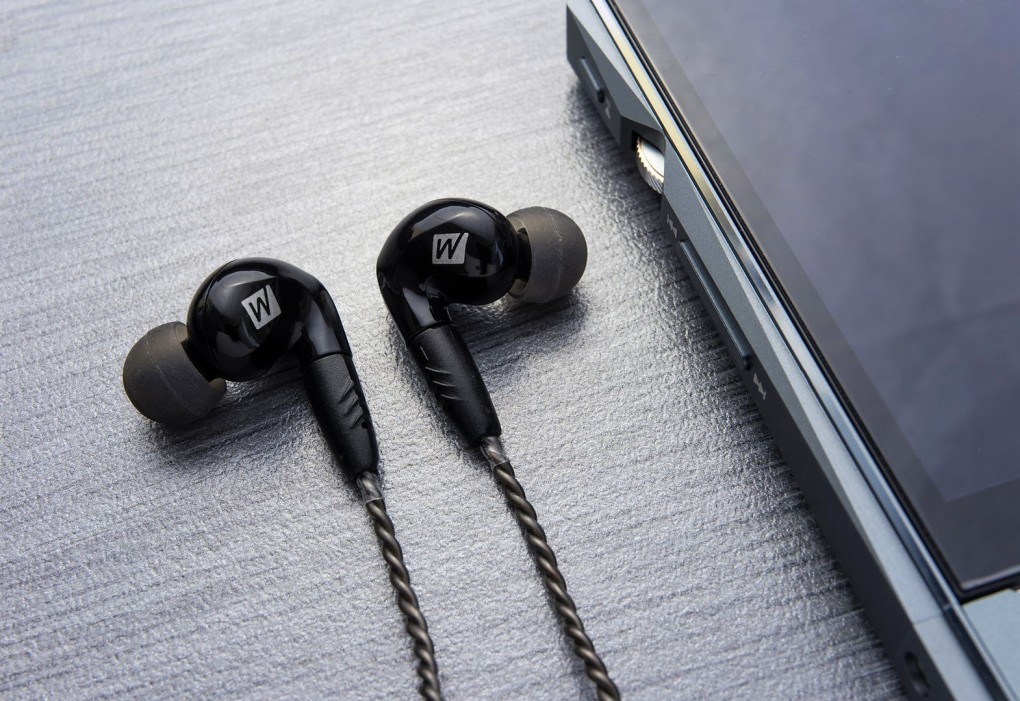 Meeudio’s new silver plated cable doesn’t have transformative effects and it lacks the same sonic influence of some other cables such as ALO’s Litz cable or the Plussound EXO Copper. However, it is quite reasonably priced for an upgrade cable and has excellent build quality and finish compared to DIY units. The cable also boasts excellent connectivity with the included adapters enabling use with almost any source. Considering that brand-name balanced adapters frequently sell for more than $50, MEE audio’s SPC cable offers very pleasing value as an overall package. This cable best suits users looking for a slightly smoother midrange and more controlled, resolving high-end without sacrificing ergonomics.

The MEE audio Cable with Adapter Set is available from Amazon (International) for $99 USD at the time of writing. Please see my affiliate link for the most updated pricing, availability and configurations.