Both Fiio and Simgot have produced very well received in-ears at affordable prices. They successfully tackled the budget market with their sub-$100 models, and their more premium $150 counterparts, and are now pushing upmarket into the lower midrange segment. I received their two latest IEMs, the EM3 and FH5 a few days ago and have been putting them through some burn-in and listening. Both are similarly priced, $260 USD for the Fiio and $288 for the Simgot. Both also feature hybrid driver setups with Knowles TWFK armatures promising a detailed, extended high-end.

The EM3 implements a triple driver setup relegating the EN700 Pro’s dynamic driver solely to bass and midrange frequencies and the highly coveted TWFK-30017 to highs.  Meanwhile, the FH5 has a higher 4-driver count with single dynamic and ED30262 + TWFK-31082 armatures. Both have independent sound tubes for each driver and removable cables in addition to other innovations augmenting bass performance such as the FH5’s exotic turbine sound chamber. 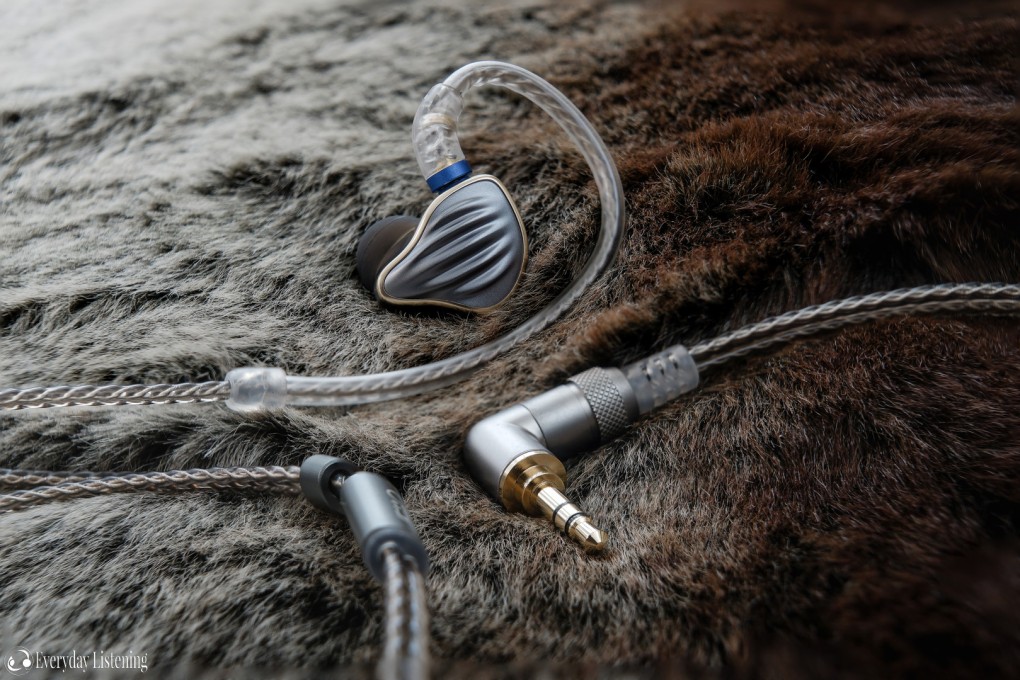 The FH5 impresses with its super beefy build quality, a noticeable step up from Fiio’s previous in-ears in weight and feel. The cable is also hugely improved and more in line with their aftermarket upgrade models. The EM3 is significantly smaller and lighter than the FH5 and previous EN700 earphones. It has a predominately plastic construction with metal accents, slightly compromising in-hand feel in favour of improved ergonomics and comfort. The FH5 fits similarly to the TFZ King/Pro; it’s similarly large and heavy IEM but finds comfort and stability through ergonomic shaping.

Measurements are provided below for reference, they are not 100% accurate, take them with a grain of salt. My measurement system introduces an 8KHz peak that is not audible on most gear, I will highlight if it is in my subjective comments. My measurements are not accurate past 10KHz so they do not fairly represent treble extension and upper-treble tuning.

The EM3 is a bright earphone with a prominent centre/upper-midrange and uptick of lower-treble energy. Its low-end is not nearly as warm as its predecessor but is neutrally toned, well-paced and nicely punchy. It’s still well present within its sound and very well separated. This can be attributed to its fairly modest upper-bass and clearly attenuated lower-midrange. However, as centre mids are very present, vocals aren’t recessed at all, but male vocals, in particular, are thin. Female vocals aren’t on the smoother side but are less affected and the EM3 avoids excessive over-articulation as its upper-midrange and lower-treble are fairly even in emphasis.

This is notable as cheaper in-ears tend to have a forward upper-midrange in addition to even more prominent treble which can push them over the edge of comfort for many listeners. As a result of its bright midrange, the EM3 is crystal clear and very revealing at the cost of natural timbre and body. It is a well-detailed IEM, and its treble isn’t piercingly present. In fact, treble instrumentation has pretty nice body, aided by a 6KHz dip that takes off the edge and mitigates sibilance. The EM3 extends nicely at the very top, delivering ample air and high resolution. The EM3 is shaping up to be a solid upper-midrange forward IEM though further listening is required to make a more affirmative statement relative to the competition.

The FH5 is distinctly V-shaped, forgoing the brighter sound of the F9 earphones and instead adopting the warmer, fuller voicing of the cheaper FH1 before it. Its sub-bass is big and digs deep, delivering great slam and its mid-bass is full, producing bold bass notes. To prevent over-warming, it has a typical upper-bass/lower-midrange dip that heightens bass/midrange separation. As such, its low-end remains quite clean and well-defined and its midrange is fairly neutral in body and tone, perhaps even slightly cool. It employs a similar tactic to the Campfire Audio Comet to remain natural and focussed, with a centre midrange peak drawing vocals to the fore before a fairly sharp upper-midrange dip that grants a denser vocal reconstruction. As such, though its midrange is recessed, its vocals don’t sit far behind instruments. 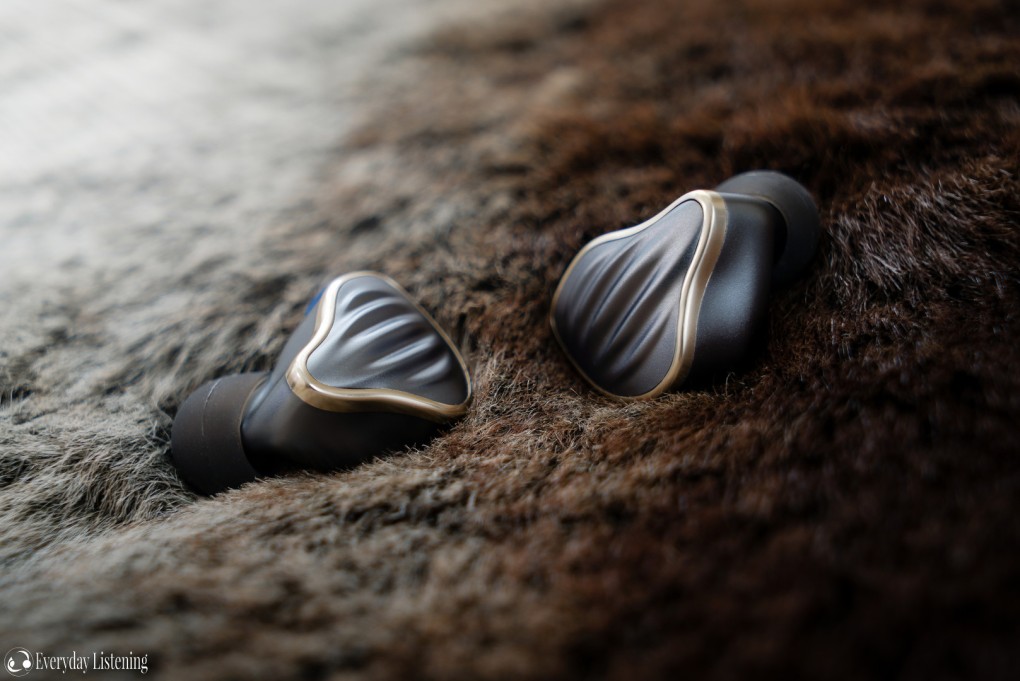 It lacks any low-end chestiness while retaining body and clarity. That said, higher female vocals lack extension and can sound a little truncated due to this style of tuning, making them more track sensitive than most IEMs. Post-dip, the FH5 begins a strong incline into an emphasized lower-treble. It’s crisp and aggressive for sure, but not nearly to the extent of the F9 earphones before it. Its treble also has a lot more body than and micro-detail than the F9 and FH1; instruments are a lot more textured and natural if not accurate in the grand scheme of things. Still, this is a hearty sounding in-ear with a bold low-end set to a clear but natural midrange and nicely detailed high-end. Initial impressions suggest impressive resolution and extension though again, I will be sure to put this IEM through further testing before final verdict.