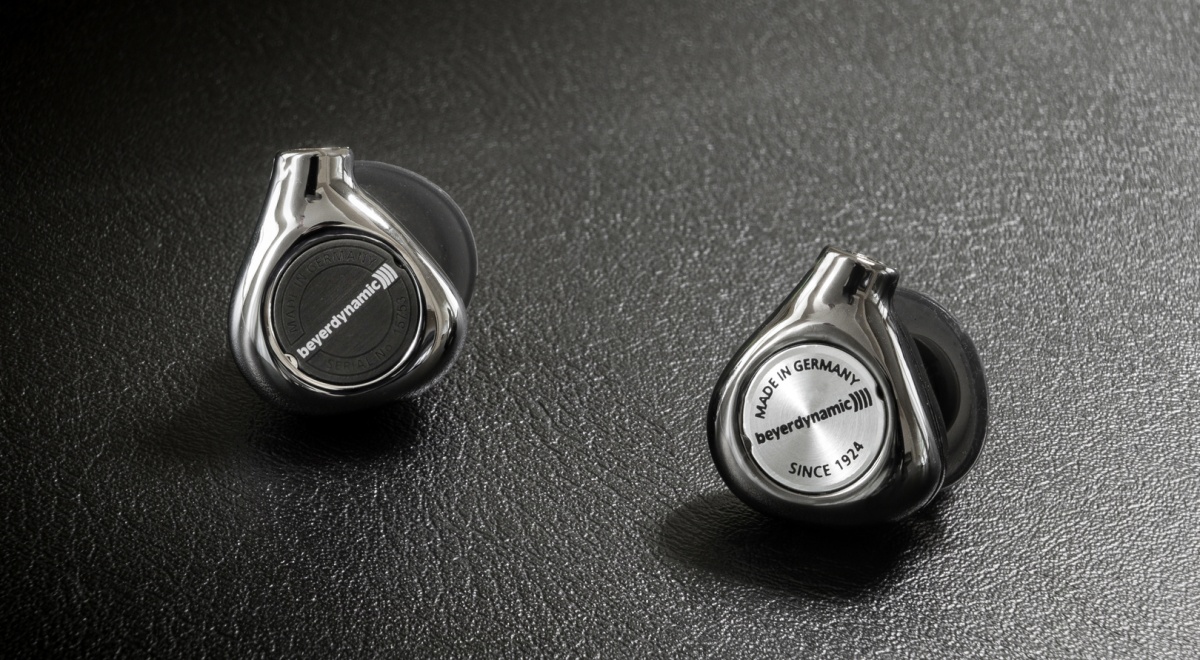 Both Beyerdynamic and Astell & Kern are highly regarded audio companies that make some of the leading products on the market; AK with regards to digital audio players and Beyer with their headphones and in-ears. However, Astell & Kern have a reputation for cooperating with IEM manufacturers to make exclusive high-end models. Combine the expertise of these two juggernauts and the results are both interesting and impressive. And from their collaborative efforts, the T8ie was born. The T8ie MKII represents the latest generation, featuring improved build quality and improved sound quality from its redesigned driver. Beyerdynamic later released their own variant, the Xelento, an in-ear almost identical in design and specification but voiced more to the company’s sound. Both earphones are hand-crafted in Germany, both employ miniaturised Tesla drivers and Kevlar reinforced silver-plated cables. Both earphones share identical stainless steel housings with high-polish finish and matching $999 USD price tag.

The T8ie MKII and Xelento are identical in design besides minor cosmetic alterations. The T8ie MKII is more of a gunmetal grey where the Xelento is silver. The Xelento has a darker faceplate while the T8ie MKII has a silver faceplate, both providing contrast to their main housings. Another small difference includes “Tesla Technology” markings on the right earpiece of the T8ie, the Xelento only has a right orientation marker. 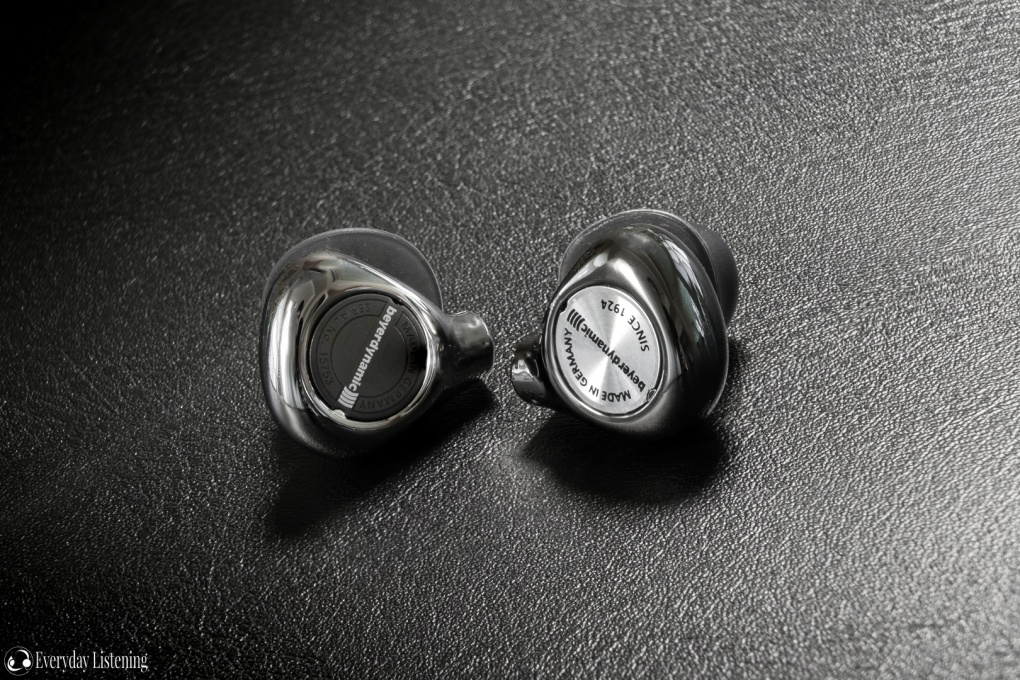 Functionally, both are identical; they fit and isolate identically. The cables are also identical besides the colour with the T8ie sporting a darker cable that matches its housings. I would have thought that the Xelento’s transparent cable might discolour over time. However, after 6-month’s use, I haven’t experienced any discolouration of the insulation or oxidation of the conductors inside. It should also be noted that the Xelento has firmer MMCX connectors. In addition, I did notice driver flex on the T8ie MKII that I didn’t notice on the Xelento. Both of these observations could be unit specific, however. 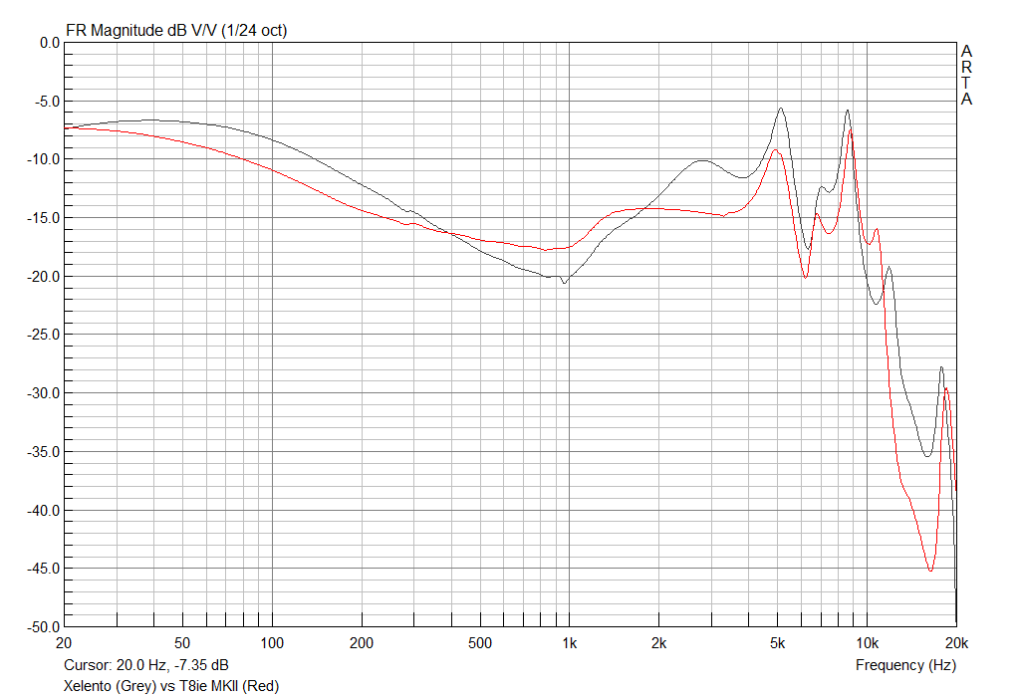 The Xelento and T8ie MKII actually differ to a fair degree, however, in terms of tone, both are warmer sounding earphones. The Xelento has a warmer bass presentation combined with a more neutrally toned midrange where the T8ie is less warm down-low but sustains that warmth through its midrange too. The T8ie MKII is roughly L-shaped where the Xelento is noticeably more V-shaped with a fuller bass presentation and more laid-back vocals set to a brighter upper midrange and high-end that provide a clearer overall sound.

The Xelento has a fuller bass response on behalf of its more emphasized mid and, to a lesser degree, upper-bass. As such, its low-end is warmer with larger notes. The T8ie MKII is more linear in this regard. It still has a slight bias towards mid-bass, but it sounds more evenly weighted with its sub-bass. It also sounds more transparent due to less upper-bass presence, where the Xelento is noticeably warmer and more full-bodied in its voicing. Both extend equally well, delivering solid sub-bass slam though the T8ie MKII draws more attention due to its lesser emphasis elsewhere. The Xelento is similarly well controlled, it is a hair less defined due to its larger notes, but remains very detailed. The more balanced T8ie MKII sounds slightly tighter at the very bottom.

The midrange tells a similar story yet here, the T8ie MKII being more linear, the Xelento more engaging. The Xelento compensates for its bigger, warmer low-end through attenuation of the lower-midrange. This saps some body from its midrange, which actually brings it closer to neutral when taking bass colouration into considering. Meanwhile, the T8ie is fairly even through its bass/midrange transition, sounding full-bodied and dense. Both sound similarly toned as the T8ie has less bass presence, the Xelento less lower-midrange. However, due to the Xelento’s more sculpted tuning, its midrange presentation varies more between tracks and its male vocals are clearly more laid-back. The Xelento further redeems its midrange tone through a gradual climb into the upper-midrange. 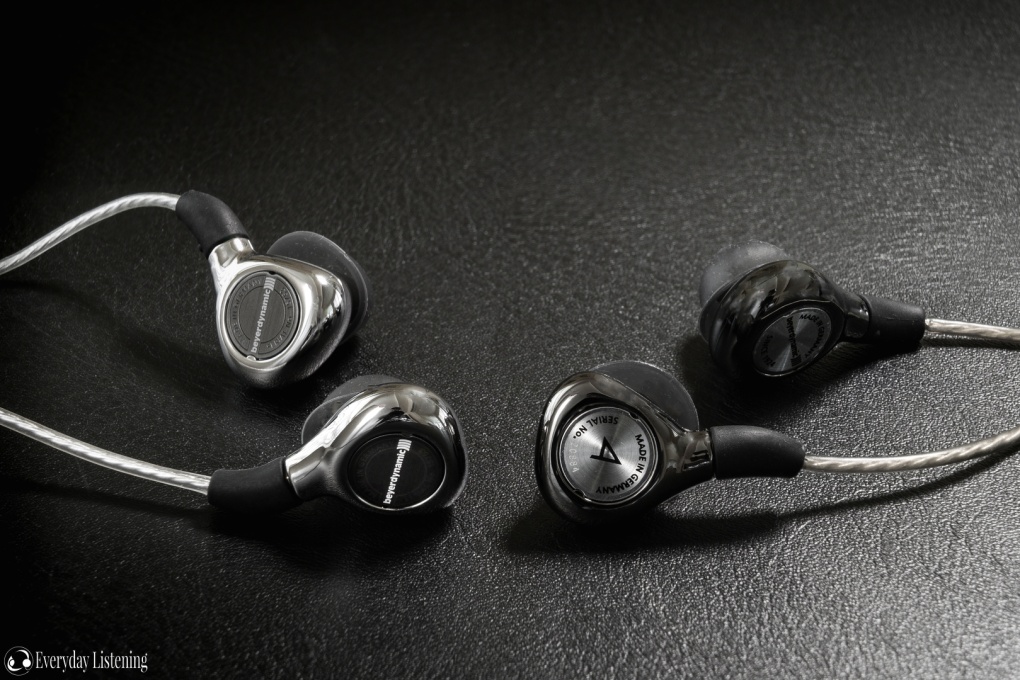 As such, it’s slightly brighter than the T8ie and has greater clarity as a result. The T8ie’s male and female vocals are more evenly weighted where the Xelento tends to draw more attention to female vocals with its brighter midrange. The T8ie also sounds more natural where the Xelento is clearer and more delicate. The T8ie has more wholly resolved midrange notes where the Xelento sounds slightly more articulated due to its brighter high-end. Ultimately, the T8ie is more resolving within its midrange and its vocals are more natural though the clearer, more articulate Xelento will surely have its fans too.

The high-end is the region where many spot most obvious differences between the two. The Xelento is noticeably brighter here too, especially when it comes to lower-treble. As such, it has considerably more detail presence and a crisper presentation. Its vocals are more articulated though not to the point of rasp and sibilance. The Xelento isn’t an especially bright earphone but does have slightly more energy than neutral, the T8ie is rather on the smoother side. In addition to having greater treble presence, the Xelento also has more instrument body here due to its more present upper-midrange where the T8ie sounds slightly more disjoint. As a result, the Xelento is both more detailed and more detail forward where the T8ie sounds a little thin, and its instruments lack fine texture. Both extend similarly well though it may not be immediately apparent due to the T8ie’s smoother presentation. The Xelento has more air and a touch of additional resolution.

The Xelento has a larger soundstage by a hair. The T8ie MKII has a more layered midrange and its imaging is slightly better. Midrange separation is similar, the Xelento being slightly more neutrally toned, the T8ie MKII, more linear. The Xelento’s high-end, however, is more transparent on account of its greater presence and more accurate instrument body. The T8ie has a cleaner low-end that remains more composed on faster tracks. Though it has the more coherent and tightly woven presentation, the Xelento’s greater treble presence aids directional cues and its greater air provides a generally more open sounding presentation.

Unlike the ie800 and ie800S, there isn’t such a clear winner between the Xelento and T8ie MKII as they both have their own appeal. Those favouring pop, rock and R&B will likely want to look into the more engaging, V-shaped and aggressive Xelento while hip-hop, classical and indie fans may prefer the smoother, more balanced and more linear T8ie MKII. Regardless, both earphones are immensely comfortable with superlative finish and build quality. They are also very technically capable, just with differing expression of their capacity. Subjectively, I prefer the T8ie MKII due to its more even bass response where the Xelento can sound a little too full. 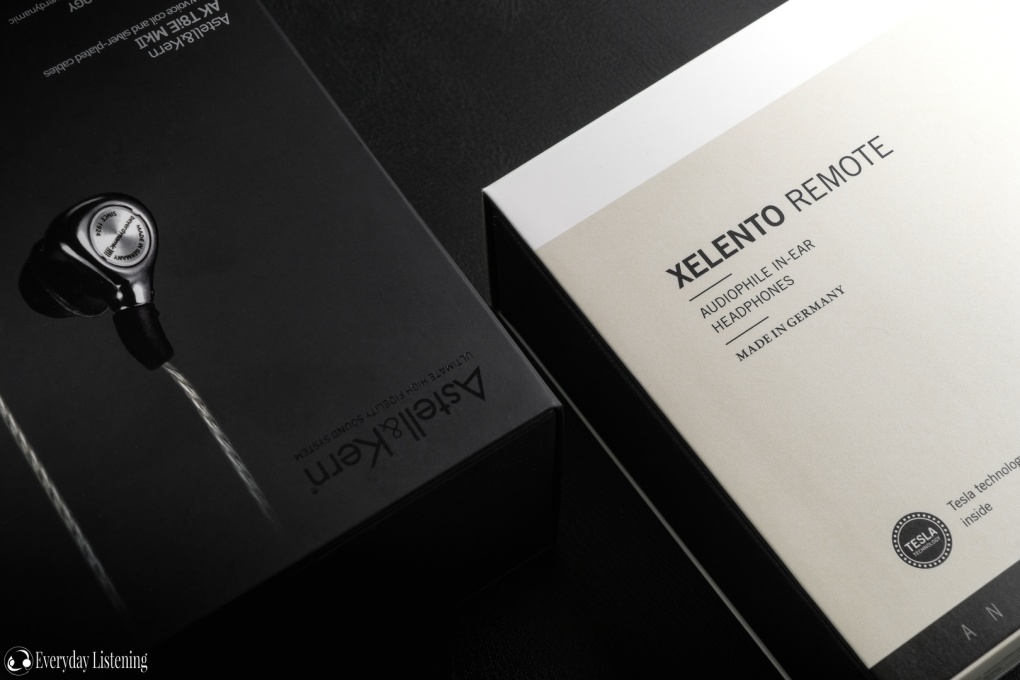 The T8ie MKII also has a more even midrange with more accurate timbre. In return, the Xelento has a more detailed and slightly more extended high-end that opens up its sound. Its greater midrange clarity doesn’t skew its timbre significantly though it sacrifices male vocal presence in so doing. It can also be reasoned that the fuller Xelento better suits frequent commuters as its sound becomes more balanced in louder environments. Ultimately, it’s intriguing to see both parties of the design process offer their own visions of the same base product. The T8ie MKII and Xelento offer two competitive sound signatures set to higher control and resolving power.

The Beyerdynamic Xelento and Astell & Kern T8ie MKII are available from Amazon (International) for $999 USD and $829 at the time of writing. Please see my affiliate link for the most updated pricing, availability and configurations.