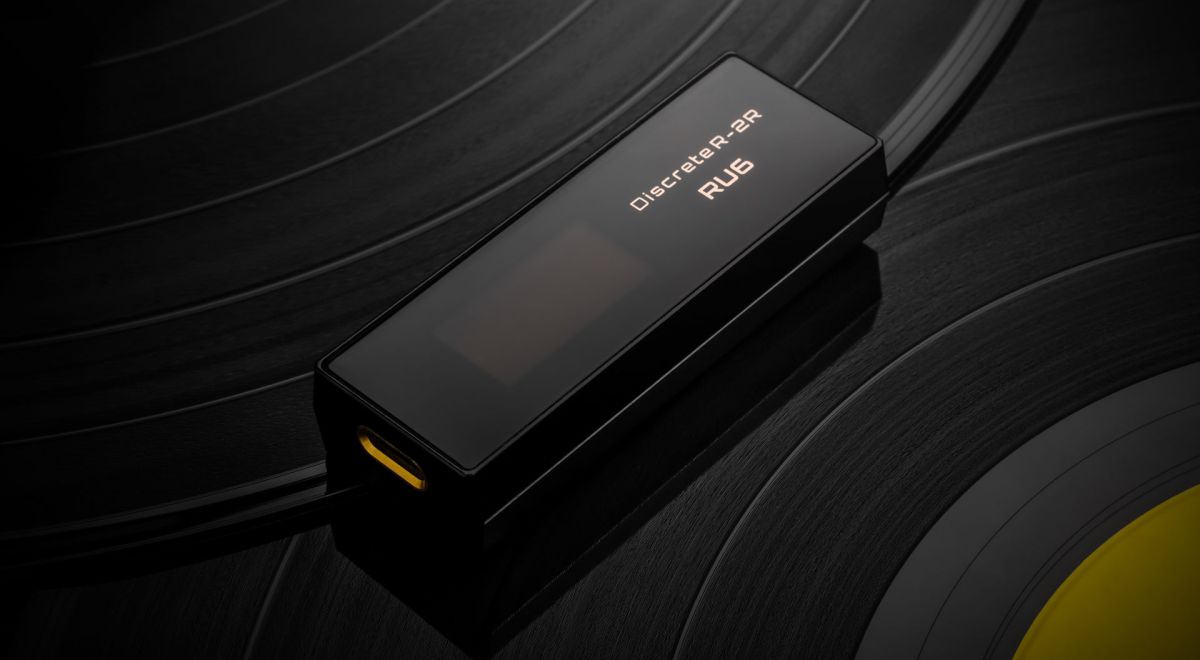 Enthusiasts will be sure to enjoy the RU6’s wide stage and analogue-like note presentation that grant it one of the sweetest and most euphonic sounds I’ve encountered from a portable source yet.

The tragic AKM factory fire has left a gaping hole in the audiophile community with few contemporary options for lovers of a smooth, analogue sound. The proposed solution has come in the form of a resurgence of R-2R DACs that were superseded by modern delta-sigma solutions decades ago. And yet, it is such new technology that has breathed life into the old design and the first wave of products have proven to be surprisingly popular with discerning audiophiles. If you’ve been immersed in the high-end DAP or source market in general, Cayin is surely a brand that you would have come across. The company has achieved renown in recent years with their N6 II DAP especially with its modular design. Surely, they have both the credentials and the faculty to realise such an ambitious design. As follow up to their R01 N6 II module, the company is introducing the RU6 that features a shrunken down derivative of the same R-2R DAC. Not only is it the first discrete DAC/AMP from Cayin, but it is also the first R-2R dongle on the market.

The RU6 retails for $249 USD. You can read all about it on Cayin’s website and treat yourself to a unit on MusicTeck.

I would like to thank Andy from Cayin very much for reaching out and providing me with the RU6 for the purpose of review. All words are my own and there is no monetary incentive for a positive review. Despite receiving the dongle free of cost, I will attempt to be as objective as possible in my evaluation.

I’m sure most are aware of the R-2R DAC movement but for those that aren’t, these DACs differ entirely to those widely adopted on the market such as AKM and ESS, commonly dubbed Sigma-Delta DACs. An R-2R ladder is a matched pair of resistors “R” and “2R” for each bit of audio decoding. For a stereo 24Bit DAC this equals 96 resistors. Cayin has implemented this using a USB Audio Bridge that receives digital data and sends it to the Digital Audio Bridge where DSD is converted to PCM if required. The R-2R DAC then converts the signal to analogue using the resistive ladder network, the quality of which depends on the tolerances of the resistors in addition to the temperature coefficient of resistance. Cayin is using low TCR Thin Film resistors rated at ±0.1% as they provided a suitable cost/performance/size ratio.

With NOS mode, you get the unadulterated input signal while in OS mode, the digital audio bridge up samples digital audio data to 384kHz using digital filters. Cayin reason that OS mode enhances resolution, reduces noise and improves anti-aliasing. As a result, OS mode offers better measurable performance, however, it can be argued that the purer signal provided by NOS mode introduces fewer artefacts, phase distortion and jitter. The merits of each have been a point of contention for many years and both carry their share of fans. Cayin has, therefore, implemented the option to use either on the RU6.

Many dongles use the volume control of the source device to control the volume of the ultimate headphone output. On the RU6, this led to a degradation of sound quality since the R-2R DAC is very demanding on the incoming data integrity – with digital mobile phone volume control resulting in lower sound quality. Moreover, off the shelf solutions of suitable size and power consumption resulted in increased background noise. To combat this, Cayin spent 3 months developing a custom resistor volume array that provides 99 steps of volume through 9 segments of resistors and switching relays. They’ve also implemented a mute function to prevent pops during relay activation. This enables the RU6 to offer a very low noise floor and avoid added noise, even on sensitive IEMs.

Cayin is transparent that this is not a fully balanced design as the 4.4mm output is balanced driven, but the DAC is single-ended. As on many competing dongles, this has been realised in the form of an additional op-amp (identical to the primary headphone output op-amp) as a unity gain amplifier. This enables the RU6 to deliver additional power and current, however, channel separation doesn’t match a fully balanced design. The net result is a potent and respectable 138mW per channel into a 32-ohm load or 213mW through the balanced output, nothing to scoff at from a compact portable source.

The RU6 comes in a small hard box with screen art on top. Sliding off the outer lid reveals the RU6 and below is a foam inlet with compartments containing a Type-C to Type-C interconnect cable, Type-C to USB-A adaptor and papers. I also received the official case in blue which is a $19 add on. It has a snug fit and soft button covers that don’t overly dampen feedback, a good investment for those worried about scratches.

The RU6 isn’t a device that photographs especially well but exudes a classy, high-quality impression in person. The chrome striped sides, countersunk gold connectors and bronze text all contribute to an appealing old-school aesthetic. In terms of dimensions, the RU6 is slightly larger than your typical dongle but hardly to an extent that pocket or portable use become awkward. The chassis is a single block of sand-blasted aluminium with matching metal buttons and a glass faceplate through which the OLED display is visible. This gives it a good sense of rigidity in the hand without excessive weight.

The RU6 sports a type-C connector alongside dual 3.5mm single-ended and 4.4mm balanced outputs and it has no internal battery being powered by the source device. One notable quality is that both outputs can be used simultaneously. I also appreciate the tight tolerances on the Type-C port. Often, the port will loosen over time, so this makes the RU6 a bit more reliable than most competitors. Up top are 3 physical buttons that provide distinct feedback on each press, even through the matching carrying case.

The RU6 is a simple plug & play device that required no additional driver installation on my Windows 10 PC and Android smartphone. Once connected, drivers were automatically installed and audio playback was fluent without the need for third-party driver installation. There are no pops when powering the dongle on or off which adds to the refinement of the overall user experience.

Being one of the most powerful dongles on the market and boasting a unique DAC design, many question marks are raised regarding power consumption. Using Accubattery, I recorded a power draw 450-600 mAh which is slightly less than the similarly powerful Hidizs S9 Pro but still more than your average dongle.

As aforementioned, the RU6 can be navigated using the 3 top-facing buttons. The mode button acts as on/off and can be held to access the settings menu. The volume buttons then act to navigate forming a simple and intuitive system overall. Within, the user has the option to toggle screen timeout and brightness in addition to toggling NOS/OS modes and low/high gain.