Xiaomi are one of the more innovative Chinese companies out there, providing a very Samsung-esque product range, from air purifiers to portable speakers to headphones. The Xiaomi 10400mah portable charger is perhaps their most popular accessory, and the one that started this trend (the pistons are another story for another article).

When the charger was first released, Xiaomi impressed buyers with a solid build, large capacity, high efficiency charging circuit (93%) and quality Panasonic cells. Moreover Xiaomi offered this product with an RRP of $15usd, but they can be found for even cheaper in retail stores. Of note, Panasonic manufacture almost all lithium cells, most brands such as Soshine, O-light and Samsung are actually re-branded Panasonic cells, they also manufacture the renowned LSD Eneloop cell.

*There are abundant fakes, generally packaged in a clear plastic container, the real batteries are packaged in a white cardboard box with a Xiaomi authenticity sticker with code.

The charger comes with a small 20cm flat cable and some documentation. It`s bare-bones but the cable is thick and pliable making it good for stacking. 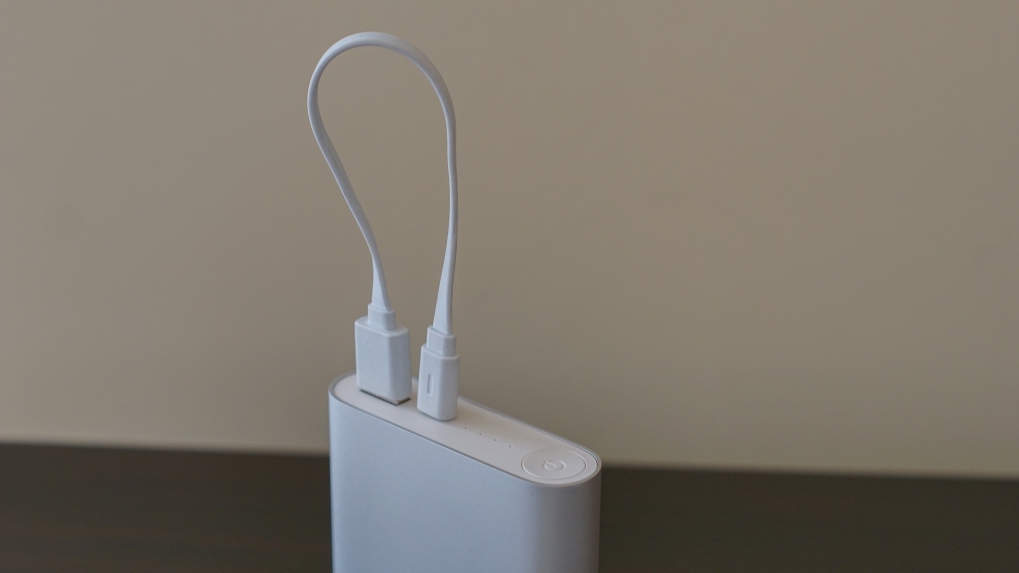 Xiaomi also sells a few other accessories designed for their chargers. so far they offer a reading light and a usb powered fan, utilities that come in handy every now and then. They also have an upgraded cable that is slimmer and clips for storage and a silicone case with strap holes for attachment.

I noticed that the fan and light accessories draw very little current, I ran the fan for 5 hours straight and the battery still had >75% left so expect over 20 hours of power with the 10k mah version and even more when using the reading light. Both the light and fan have a nice build that matches the quality of the charger with a rubberized coating and pliable stems for articulation. Both auto power off when overloaded or overheated, but the power button can be used to manually switch attached devices back on or to turn them off.

The Charger has a well finished aluminium housing with the a very matted texture as opposed to a brushed or concentric finish. This provides a more stable grip when handling the weight of the charger and phone stack in a single hand. Grip improves when using the silicone case, but it`s more for protection than grip. 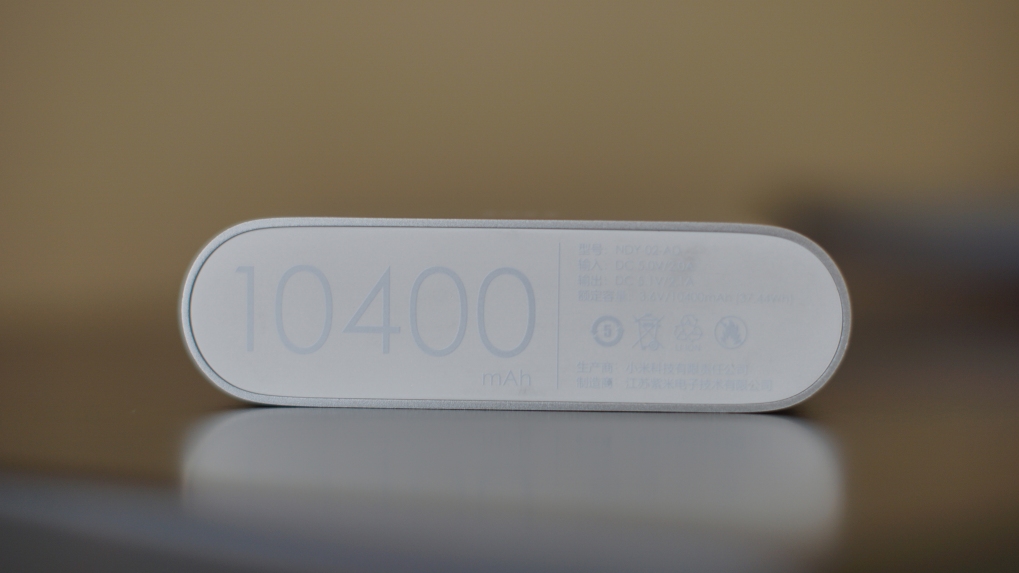 The edges are a little sharp, but the charger feels very solid and it`s not too heavy considering the capacity and materials, weighing just over 250g. The 10000mah model has chamfered edges and is quite a bit more ergonomic. The labels are actually laser etched onto the aluminium rather than printed, mine is about one and a half years old and it still looks great apart from a few scuffs on the white plastic faces.

It is also very compact for a 10400mah charger, smaller than my generic 5000mah charger that I bought in Vietnam ($40 AUD), and just a little larger in volume than my Lifetron 5600mah charger which cost $150 USD! The new 10000mah model is even smaller, just larger than the 5000mah version, its a great buy. 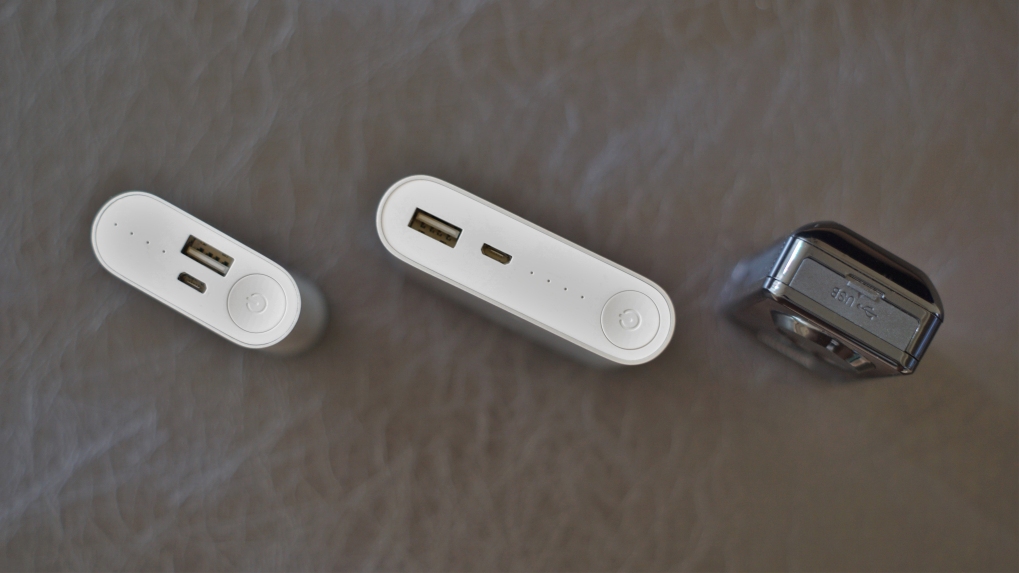 That being said, the Xiaomi charger charges much quicker than either, providing over 2a in some instances. It also holds its current better during long storage. I would have preferred to have 2 outputs, but 1 is sufficient during most instances. Of note, the voltage circuit is especially efficient, at 93%, producing less heat when charging and optimizing the chargers use of its capacity.

*Lithium cells are 3.7v whilst usb is 5v, all chargers will have a conversion circuit, this is where the most power loss is and why most chargers get hot when charging. 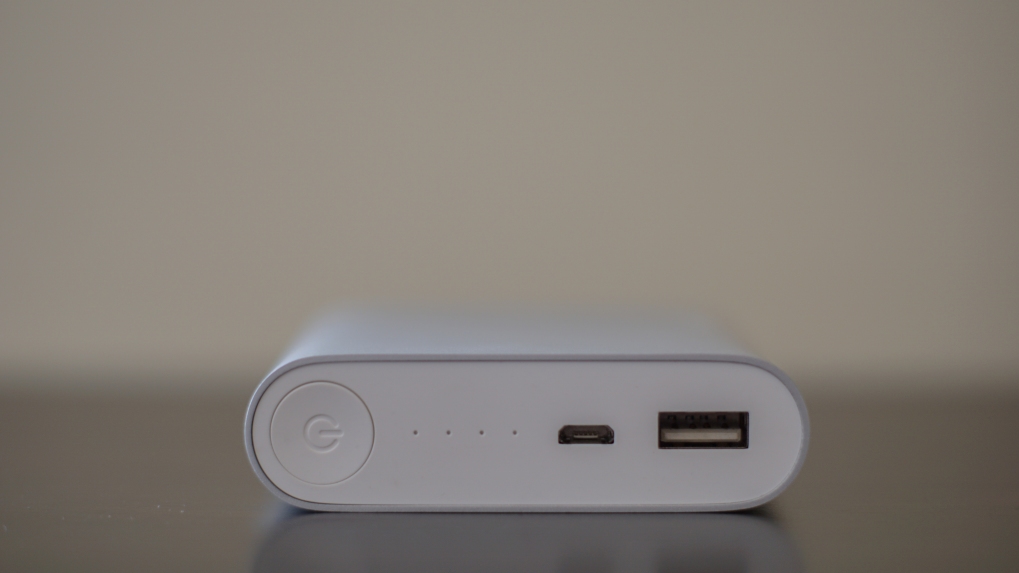 Xiaomi have done a really good job, I appreciate small touches such as the charger automatically turning on when the device is connected and how the charger will not charge itself (a fake will try to charge itself). There are four status LEDs on the front face that denote remaining battery  levels in intervals of 25%. All lights flash when charging a device, but when the charger is being charged, only the relevant LED flashes whilst the rest remain solid. Xiaomi have installed a filter behind the face-plate to prevent light bleed for accurate readings. The usb plugs are also quite solid and hold the cable well when throwing the device into a bag or such.

Xiaomi has since released a 10,000mah version which uses 3 longer cells instead of 4. It is considerably more compact and a more practical shape, it is slightly taller but quite a bit slimmer, I`ll have to pick one up next time I visit China or HK. 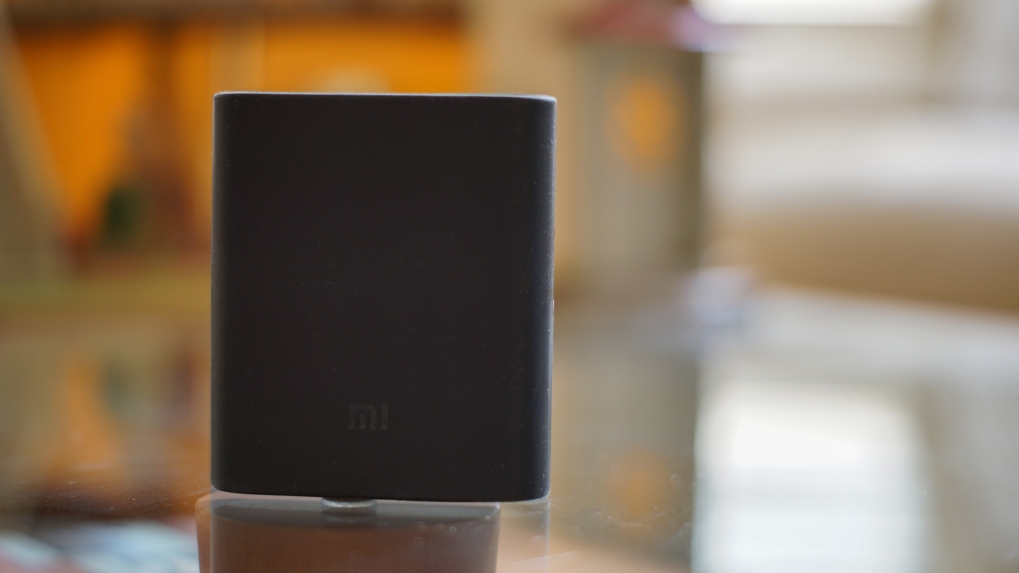 If you haven`t bought one already, then I highly suggest you do so. Despite the price, this is absolutely the best charger I`ve ever used. Given the pursuit of design and slimness in culmination with the increasing trend of sealed batteries within modern smartphones, a portable charger is almost a must. Xiaomi`s offering is price effective, robust and quick charging, besting all Duracell, Lifetron and other expensive brand name chargers I`ve come across.

Accessories – 10/10, Simple and functional, Xiaomi allows you to test the authenticity of the product, overall its enough to get you started. Xiaomi offers an array of useful aftermarket accessories that can be purchased at a later date for more functionality.

Deisgn – 10/10, Well machined aluminium housing, laser etched writings and the electronics are smart and mature. It is missing some features such as dual output (the 16,000mah version has 2 ports) and a screen with percentage remaining, but they are mostly superfluous features.

Overall – 10/10, If you are comfortable with only having one output plug then the Xiaomi 10,400 or 10,000 mah batteries are a must have. These models in particular are in the sweet spot for value and offer genuinely premium design and function. The battery is durable, attractive and unbelievably cheap, they can be had for $10 in China and $15 online, but even at $20-30, support your local retailer and pick one up.

If you are looking for something a little more pocket-able, then Xiaomi also offer a 5000mah charger that is exactly half the size of the 10,400, but it will only charge at 1.5A and is the charging circuit less efficient. The new 10,000mah charger is in between the two in terms of size.

Once a novel technology, planar magnetic in ears are here to stay! The S12 is an affordable example with standout ergonomics that showcases all of the benefits of this driver type
The Aurum takes the technologies pioneered by the SIX and takes them to the next level. This has resulted in a monitor that is more capable, more resolving and also more refined than its predecessor. As always a strong sense of value underpins Craft Ear's designs, these are a must listen!
1More's answer to the modern TWS market represents a huge stride in comfort and refinement over its predecessor. The EVO has a warm sound tuning invigorated by a hybrid driver setup and ANC that almost matches the best.
Ovidius' first headphone showcases some impressive metalwork and boasts a huge planar driver. But is that enough to beat the main players in such an established market? Stay tuned