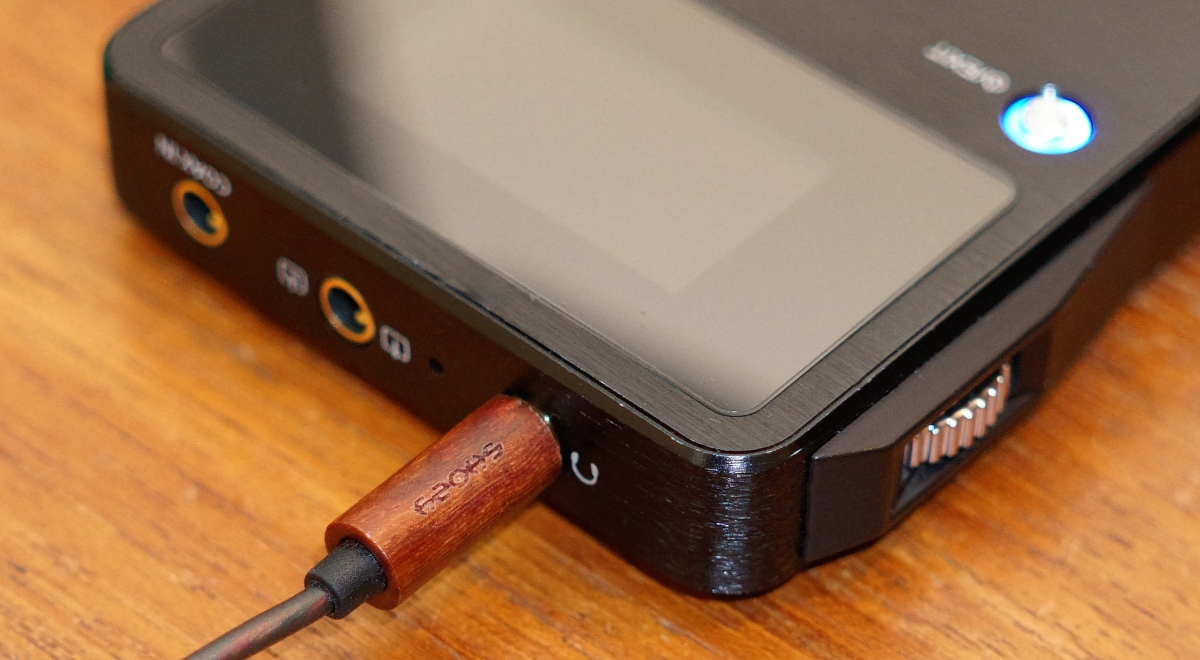 As previously mentioned in my Shozy Zero review, the Zero`s respond strongly to burn-in. I`ve never personally been a large believer in burn-in. I assumed it was just a placebo cure to buyers remorse. One reviewer would state, initially these earphones didn`t have enough xx and I was disappointed, but after xxhrs burn-in they are amazing whilst others would state just the opposite; burn-in has been represented as this magical cure to any deficiency a piece of equipment might have.

And then there was Shozy, claiming that “the true zero would manifest after 50hrs burn-in”. A rep requested that I put my pre-production set through 150hrs of burn-in, 3x the advertised amount. Now don`t get me wrong, I`m not skeptical of the Zero`s audio performance, it`s a brilliant earphone from the beginning, I just didn`t think it would undergo metamorphic improvements over time. In all fairness, the Zero`s do use dynamic drivers and the housings are wood, both more subject to change than say, a plastic ba monitor, so I thought I`d give Shozy the benefit of the doubt. After all I had nothing to lose by burning them in.

To determine how sound changes over fixed intervals of time.

To test the validity of burn-in, I compared two identical sets of pre-production Zero`s. I had access to a brand new “fresh” set, and also one that I received about a week earlier. The earlier model had about 150hrs of burn-in by the time I received the new set, so it shouldn`t be subject to much more change. The thing about progressive changes is that they are hard to quantify. Having two identical sets with different hours on the odometer allowed for easy and direct comparison. This presents the question, are the sound differences due to unit variation or is burn-in actually creating these large changes to the sound? I take a sceptic`s approach using a pseudo-report structure, to bring you the rather interesting results.

I played both sets through my iPod Nano 7g, a generally clean source and one that reached sufficient volume through the low impedance Zero`s. I played Mozart, Symphony No.25: Allegro Con Brio and Beethoven`s Symphony No. 3 in E Flat Major and Symphony No. 5 in C minor.

All comparisons are in relation to my other Zero that has >150hrs burn-in. I didn`t use this set to prevent further changes to the sound that would invalidate my results.

The new Zero has a lot more bass than the burnt-in Zero, quite a bit more mid and especially sub and upper bass. The bass has less control, tightness and a fair amount of detail loss due to bloat/bloom. The midrange sounds a bit hollow, male vocals are more truncated sounding whilst female vocals are slightly thin. It also gets overwhelmed by the bass, there is significant spill. The midrange sounds much more balanced on the burnt-in set by comparison. Treble was similar, a bit more accentuated on the new set but also slightly more brittle sounding.

Now we`re getting somewhere, the fresh Zero is starting to mature. The bass still sounds just as excessive and the highs also sound the same as before, but the midrange is becoming more balanced for sure. Perhaps a result of the midrange changes, the soundstage is starting to sound a bit rounder, but this may be placebo at this stage.

Mids are now pretty close between the two units, but the newer set is still a little peakier and that last bit of clarity and detail is still masked by veil and bass. The bass is strangely still overbearing, I don`t remember my first set ever being this bassy, perhaps there is still room left to change…

So at this point, Im starting to question the changes produced by burn-in. The new set, even after 100 hours of burn-in are still a lot bassier and the midrange is partly engulfed by bass. The rest of the spectrum sounds very similar now including the soundstage.  I`ll keep burning them in but I doubt they`ll sound like my first pair.

You`ll notice that I skipped an interval. I was hoping that with a larger time period, the differences would be more pronounced. Unfortunately there is still a big bass emphasis, but the mids are cleaner. Strangely the soundstage now seems larger on this set. The highs are pretty similar. So overall, after 150 hours the new Zero`s still have a much bassier tone, though the rest of the sound signature is very similar, quite a strange phenomena.

At this point I actually contacted Shozy who assured me that there was very little, if any, unit variation at all and recommended higher volume burn-in. Although the burn-in conditions were identical to the first set, I instead ran the second set through my e17K on high gain.

The biggest problem is definitely the bass response, other frequencies sound very similar. The sub-bass is definitely less emphasized than before but still grossly emphasized compared to my original set. I`ll see how things go in a few days since the other spectrums sound identical.

Okay, still not getting too far with burn-in, even after 225 hours at very high volumes. Since sub-bass produces the greatest movement of the driver, I`m going to switch my burn-in material to sub-bass tones and see if that speeds things up. It`s very possible that the earphone isn`t burning in because I haven`t been wearing it, I can only speculate that the pressure formed with the ear results in some kind of change, but we`ll see if anything manifests without.

The sub-bass heavy content seems to have made a slight difference, it definitely sounds like there is less bass than before. Bass no longer dominates the sound, but is very present. Shozy has requested I burn both Zero`s in further with tracks containing more highs for the bassier set and tracks with more bass for the more neutral set.

So I`m finishing the experiment here, it`s simply been too much time. Whilst the bassier Zero has definitely changed, they are still not identical, which is a shame since the neutral Zero sounds very nice. I`ve added some measurements below to validate my more subjective results, you can see that the FR is very similar, but there is a lot more sub-bass on set 2. As for the method of testing, I simply sealed the left earpiece from each set inside a PVC pipe connected to a microphone attached to the other side. The measurements are hardly representative of the earphone`s sound signature, but will suffice for comparison.

The program displays around a 6dB increase in sub-bass equating to approximately twice the perceived volume which seems on point. This is strange because Set 1 didn`t actually have a lot of sub-bass, it was quite neutral in quantity, less than my ie800`s for sure.

My original Zero did have a bassy signature on first listen, but that has subdued considerably with burn-in. They aren`t overly bassy but quite balanced on a whole. You can read my review to see how much I like them, they`re really great. The new Zero`s however, aren`t so balanced. They`re actually not bad sounding, in fact they`re almost as technically proficient as my first set, they just have a more imbalanced tonality. Now this is subjective, but closer to neutral is always preferred; the bassier signature sounds great at times but spoils certain songs whilst a more balanced sound signature will sound great with all genres.

So now that I`ve finished my review of the Zero`s, I`ve had a look at a couple others to see how their impressions are in comparison to mine. I noticed that all of them have high ratings, reflecting how both zero`s are technically impressive, but some describe the sound as balanced whilst others deem it overly bassy. It is worrying that there is so much unit variation and this could explain the mixed descriptions, but the Zero`s remain a very impressive earphone no matter the variant you receive. Subjectively I prefer the balanced version more but the larger soundstage in addition to individual tastes may result in you preferring the bassier version. As to the outcomes of burn-in there was definitely a change, I can`t exactly quantify how much, but the end result was quite agreeable. The amount of time it took was horrendous, perhaps there is further room to improve, but it is simply inefficient. At 400 hours, Set 2 had almost 3x the burn-in time as Set 1.

As an added note, the most effective burn-in track I used was Nevermind by Infected Mushrooms, a very fast paced, sub-bass heavy track with Mozart`s Symphony No.25 coming in a close second. Shozy recommends Mahler`s Symphony No. 6, but I didn`t have the time to test it out in depth. So ultimately, the effects of burn-in are present here, but they are more like slight tonal changes rather than a completely transformative  process, It`s thus best to pragmatically approach the Zero`s tonality; it will likely sound reasonably similar throughout it`s lifetime, but soundstage will achieve bigger changes.

I recently contacted Shozy again and they stressed that quality control is one of their prime concerns, and that they are working hard to abolish unit variation in the retail models shipping later this month. We`ll see if that clears up the discrepancy issues, it`s good to know that the final Zero should sound more like my neutral revision. Shozy has also added a chin slider to the retail Zero which is pretty nice.