Thailand is a wonderful place; its inviting demeanour lies superficial to the enticing mystery and thrill within its deregulated street markets. While the plethora of knives are always a treat, 2016 marked the year of the arc lighter. Derived from a much more expensive model that was Kickstarted not too long ago, these electric lighters are becoming an increasing commodity on the street. The arc variety, in particular, has held quite the spotlight for its futuristic aesthetic and heat output of 1100 Celsius.

These new lighters present many advantages over conventional fuel and electric filament units whilst retaining a relatively low cost (usually around $20-40). As opposed to driving current through a high-resistance wire, Arc lighters utilise a miniaturised transformer circuit to produce a high voltage arc between two electrodes. Keep reading to see whether this funky new design is as versatile as its tried and tested progenitors or simply a flashy gimmick.

The model I have with me is just a generic arc lighter I purchased at a market in Thailand. A quick online search reveals that the majority of lighters using this technology are of a similar design, they just have a different printed pattern on the front and back. It comes in a generic but well-presenting box that opens to reveal the lighter and a micro-b cable.

My lighter only has one pair of electrodes (creating one arc) though some variants have two pairs (creating two arcs that cross diagonally). I`m not sure if it makes a large functional difference as my lighter has no trouble igniting pretty much any remotely flammable material. 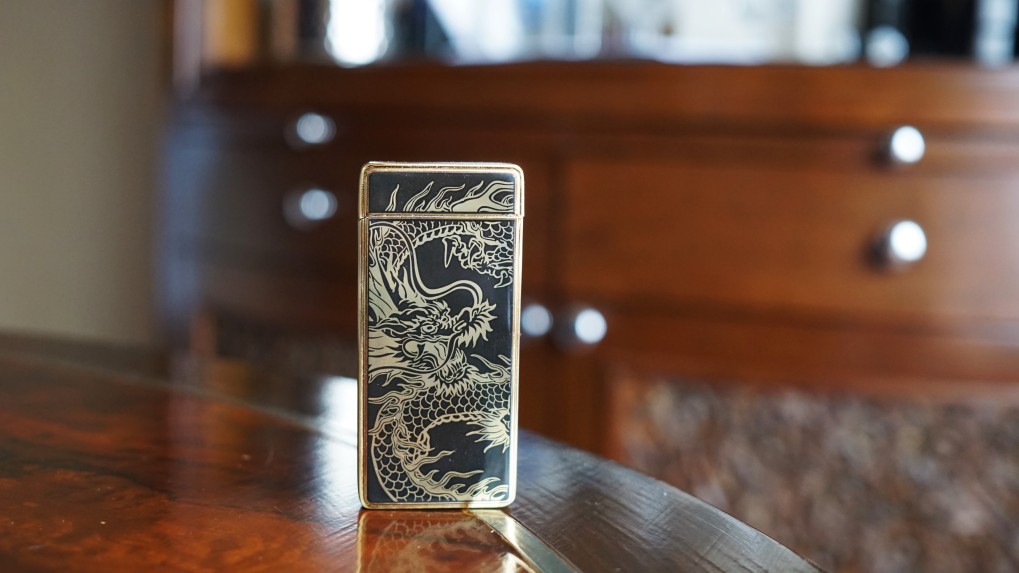 As for the lighter itself, the entire body is constructed from metal that`s well moulded but has a pretty mediocre finish. The top cover has a convincing hinge that feels like a firmer Zippo, it matches up perfectly to the base. There`s a slight brushed finish to the edges with a gloss print of your choice on the front and back. The lighter is well weighted, just a little heavier than a Zippo, and the body is free from flex. The dimensions are well considered, fitting comfortably into my hand. 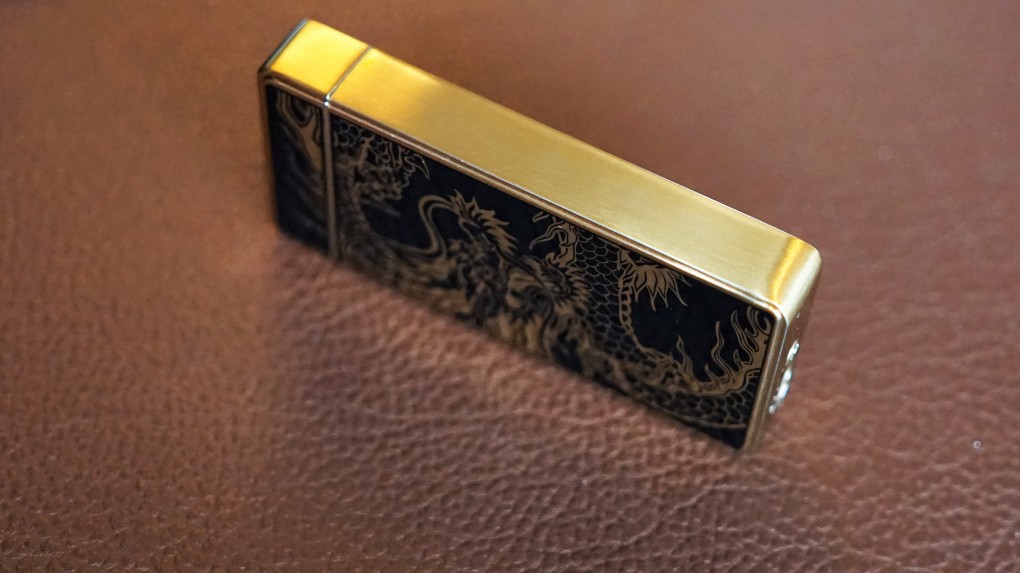 For added safety, the lighter only activates when the top lid is open. The mechanism is quite sensitive, the arc turns off after only a few degrees when closing the lid. Since the arc is essentially just a very high voltage, you would not want to touch the electrodes or have the voltage arcing across to the metal enclosure. Shaking the lighter engages the very interesting looking arc though some models use a front or side mounted button instead.

The design is pleasing enough, I usually go for a more understated look but the dragon texture was the only model the seller had in stock. These lighters can commonly be found online for around $30 AUD, a reasonable price for a rechargeable lighter with a solid build. 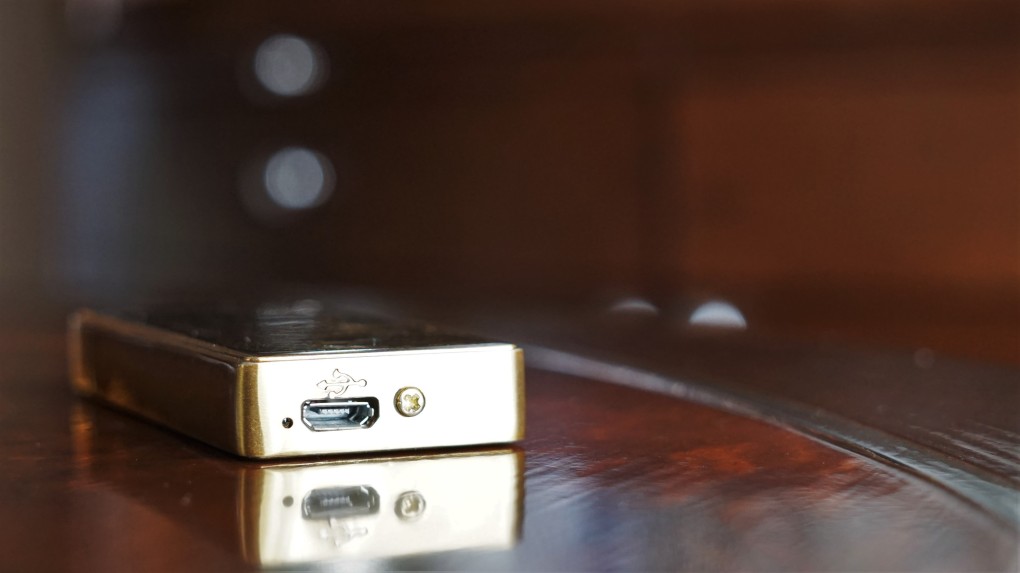 Into the actual usage of the arc lighter, one of the main selling point for this style of lighter is its use of an internal lithium cell. The lighter is rechargeable via a micro-b port on the bottom, omitting the need for fuel. Battery life is decent, it`ll last about a week of daily use and recharges quickly. A small orange LED next to the port displays when the lighter is charging.

Another advantage over conventional lighters is that the arc lighter is also completely wind-proof. No matter how hard I blew, the arc remained in tact. According to specifications, the arc should reach around 400 degrees Celsius. I don`t have the equipment available to confirm this, but lighting a few birthday candles and match sticks was much faster and easier than using my Zippo lighter (not the butane model). The lighter also doesn`t heat up at all when in use which is nice when I`m working around a soldering iron.

If you`ve already heard about this product, chances are you`ve also had a look at some Youtube videos featuring the lighter. Most of these videos portray the lighter to produce a loud high pitched buzz when functioning. This is actually an effect of the arc on the microphone, not the lighter itself. While the lighter has some whine when operating, it is no where near as loud as in the videos, it would be completely inaudible outdoors for example. That being said, I did try out a few models at the market and the reason I decided to buy this model in particular was due to the lack of whine. Another stall was selling a plain blue model that produced a much louder whine than mine does so be sure to check out a few different units, even if they`re the same design when purchasing an arc lighter from Asia.

As previously stated, I actually purchased this lighter for electronic work, mainly I was interested in its lack of carbon deposit on heat-shrink and more even heat dissipation than a conventional flame. In addition, as I don`t use my Zippo too regularly, the fuel evaporates and the wick dries out, making it unreliable whilst the electric Arc lighter has no such issues. You can also hold the lighter at any angle as orientation has no effect on the arc.

Perhaps my only complaint is that the area of heat is quite small. You can only light substances within the 5mm gap between the electrodes whilst a Zippo will light much larger objects. Starting a bonfire for instance, is much simpler with a Zippo than the arc lighter. That being said, it works extremely well for small applications, shrinking tubing, lighting cigarettes, matches, small sticks and similar.

For my uses, the arc lighter isn`t a bad product at all, delivering performance that mostly meets its marketing. The build is nice and solid, it`s completely reusable, using a standard connection and not only is the arc interesting to look at, it`s also functionally brilliant! If you`re willing to pay a premium for the technology and re-usability, it will likely be the last $30 you ever spend on a lighter.