Singapore based manufacturer Effect Audio has quickly risen to the forefront of cable development, innovating in an area where most are content with the status quo. The EROS II is undoubtedly one of their most popular models as a hybrid that masterfully combines the natural timbre of UP-OCC Litz copper, with the clarity and technicality of ultra-high purity silver. Its $280 USD asking price may not represent frugality, but the cable does exemplify everything Effect Audio stand for as a company: sound, design and uncompromising excellence. I feel that my time with Effect Audio’s gorgeous designs over the years and the EROS II over the past several months deserved thorough review.

I would like to thank Eric from Effect Audio very much for providing me with the EROS II and fellow THL author Nic for organising this review. All words are my own and there is no monetary incentive for a positive review. Despite receiving the cable free of cost, I will attempt to be as objective as possible in my evaluation.

No one can deny that custom cables add some visual flare to even the blandest earphone design, the earbud scene probably best illustrating how a lustrous cable can significantly enhance even a generic plastic shell. And among every manufacturer, I’ve really come to appreciate the refinement that Effect Audio has achieved over the years, their cables look exceptionally integrated yet hand-made; a culmination of passion and proficiency.

From their custom Rhodium plated jacks to their striking carbon fibre y-splits and metal plated 2-pin connectors (in my configuration), there is a certain coherence to every visual element that really satisfies my aesthetic OCD. There are no garish logos or embossed patterns to be seen, instead, the EROS II is simple, efficient and streamlined. The EROS II, in particular, has a really striking aesthetic due to the two-tone scheme produced by its interweaving silver and copper conductors. It doesn’t look as rich as the ARES, but is more neutral and subtle, complimenting a wide variety of in-ears.

Another aspect of Effect’s designs that I really appreciate and something that Eric likes to brandish on his site is the type of insulation used on the conductors; it’s so clear yet supple, showcasing the gleam of the metal below. The EROS II embodies the word “custom”, every aspect of the cable is hand assembled and customized for the optimal experience both ergonomically and visually.

And though the cable is thicker than most OEM provided units, the 26AWG EROS II finds a good balance between sonic fidelity and practicality. Buyers will instantly notice how supple the cable feels, similar to the ARES II and more so than the vast majority of custom cables I’ve handled. The EROS II also benefits from a lack of memory and microphonic noise and the pre-moulded ear guides while slightly too high provided a much more agreeable experience than memory wire. The cable is still on the heavier side making it ill-suited for exercise, but the cable isn’t obtrusive during general use and commute nor does it really compromise the stability of the attached earphone. In addition, the cable coils easily for storage and resists tangles like no other when it’s time for a listen. Their 2-pin connectors are also nice and tight, snugly attaching to my 64Audio and Noble earphones without issue.

Effect Audio’s midrange offering has a balanced character and tone that is among the most transparent I’ve heard. The Eros II may not be as immediately vibrant as the Oriveti Affinity, or as lush as the Plussound EXO Copper, but it’s qualities find versatile synergy with a wide variety of gear augmented by plentiful technicality.

The EROS II is characterised by its clear, open and refined sound. As it is slightly on the brighter side, it increases both clarity and resolution, effectively cutting through veil, while maintaining an uncanny sense of smoothness. Accordingly, Eros II contrasts to the forwardness of the ARES II+, better suiting already mid-forward earphones.

Eros II’s bass is depth focused, combining good reach with great separation between notes to produce a very clean low-end presentation. As a result of this lower frequency focus, definition of rumble improves and notes are granted with a touch of extra body creating a sense of lushness. However, this is offset by the EROS II’s lifted treble and general clarity, resulting in a clean presentation that prevents any muddiness from creeping in. This slightly U-shaped tone augments more mid-bass focussed earphone, effectively reducing bloat through added space between notes in addition to slight tonal correction via the EROS II’s deeper emphasis and extension. This forms the foundation of the EROS II’s airy and transparent presentation. 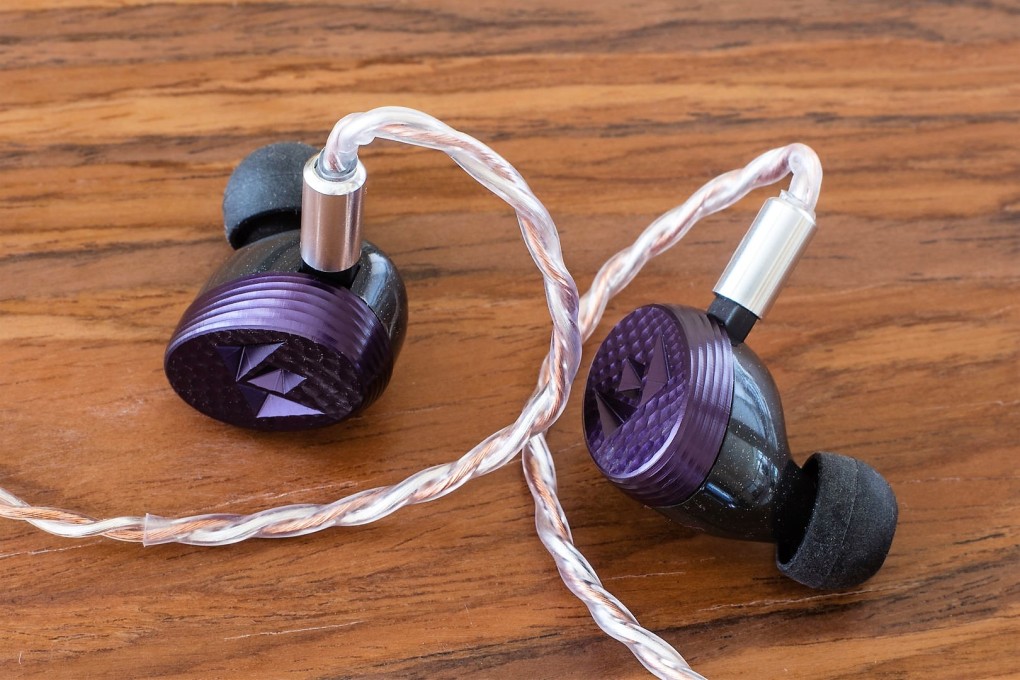 The EROS II’s midrange is articulate while remaining exceptionally smooth. Like the Oriveti Affinity, it provides excellent clarity but manages even more refinement throughout. Mids are slightly full-bodied, which counterbalances the EROS II’s higher clarity. As a result, its vocals sound natural and realistic, despite it’s brighter tone. And where the Oriveti Affinity was hyper-separated and clear, the EROS II has the more coherent, accurate midrange while maintaining plenty of technicality. Plugging the EROS II into my more resolving earphones revealed greater resolution with delineated layering paired with improved upper midrange energy and detailing. They also invigorated my more laid-back earphones while retaining enough balance and restraint for my already clearer in-ears.

Highs are open and airy with one of the more spacious presentations I’ve heard from a cable. Detailing is clearly enhanced, cymbals have a little more shimmer and higher notes are very linear with great extension into middle and upper treble ranges. Intimate earphones are granted with additional air and extension and the cable’s dark background and resolution greatly enhance the presence of micro-details. The EROS II isn’t as richly bodied as the Plussound EXO Copper nor most conventional copper cables, but its high purity silver/copper blend grants it with a more open soundscape and great resolving power from bottom to top. Furthermore, the cable’s treble response retains a lot of the smoothness and refinement of its midrange, creating a vivid yet lucid listen.

64Audio U3: The EROS II and U3 make for an interesting pairing since the cable enhances the U3’s best aspects. Bass is very defined and punchy on the U3 but is missing some body and snap, the EROS II doesn’t fully compensate but its greater bass body is very welcome and lows become more articulate and rumble more visceral. Mids are delightfully clear on the U3 yet the EROS injects their sound with extra smoothness set to a darker background, making vocals truly immersive. Highs are well extended with excellent detailing and the EROS II only compounds upon this, adding some extra air and even more resolution to higher elements. Most importantly, the cable does so without skewing the sound towards brightness or fatigue, the EROS II is appreciably better balanced than the ARES II to my ear. But perhaps the most impressive aspect of the U3/EROS II pairing is the soundstage. The U3, due to those APEX modules, already produces a remarkably spacious, separated sound that, when combined with the EROS II, stretches well beyond the head. Strings soar and cymbals shimmer with outstanding height and depth while drums and vocals are granted with a luscious sense of cleanliness only accentuated by the cable’s improved separation.

Noble Django: The Django is a technically excellent earphone hiding beneath a more unorthodox style of tuning. They pursue a more bodied sound with a laid-back high-end that can become overwhelmed by their powerful lower half. The brighter EROS II with its clear, open sound finds perfect synergy with the Django, actualizing its potential and making the most of the technicality that lies below. Instantly, the more mid-bass focussed Django finds greater balance and definition when paired with the more depth focussed EROS II. Low-frequency space is enhanced and the stage expands considerably as a result. Their bulky lower mids become slightly more linear while their upper midrange receives the greatest improvement through enhanced clarity and layering. Highs also achieve more extension and a more even tone with greater shimmer and air to treble notes in addition to more present middle and upper treble elements. The Django’s stage retains its natural presentation but is expanded in every axis without affecting imaging or centre image. While the EROS II doesn’t transform the Django into a neutral earphone, they do find greater balance that further accentuates increases in technicality. 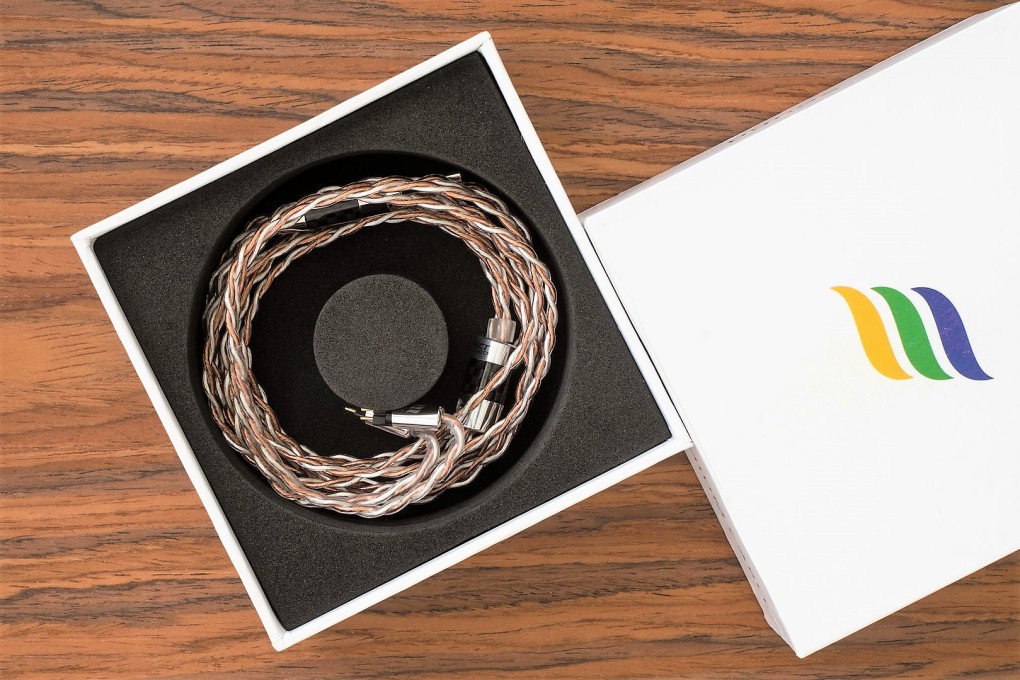 Effect Audio’s illustrious designs and custom manufactured components are a reminder that there is art within traditional mediums and resolution within contemporary methods. They are a go-to cable manufacturer for newcomers and experienced listeners alike for very good reason, providing cables that are well-rounded in every regard. Not only are their cables very sonically pleasing, they are also ergonomically forgiving which makes them that much easier to live with than the vast majority of competing models. Top that off with truly excellent craftsmanship, finish and configuration options and the EROS II creates a compelling case despite its price. Ultimately, Effect Audio’s EROS II is a highly resolving cable complemented by class-leading transparency and build. Its distinct design and charming sound find great versatility, especially enhancing laid-back and mid-bass focused models.